There’s nothing like a home game. As much as I always love me a good game in a proper poker room, some of my most fun and memorable poker experiences have taken place at the weekly home games I’ve played in with my friends over the years. While I can’t ever think of a time we had a “boring” home game, more than once I’ve thought of some ways that we could take the home game experience up a notch or two; something that would really make a poker night memorable. As one might correctly assume, boosting the quality of the home game does come with a price tag, but sometimes having an enhanced home game experience is worth it. 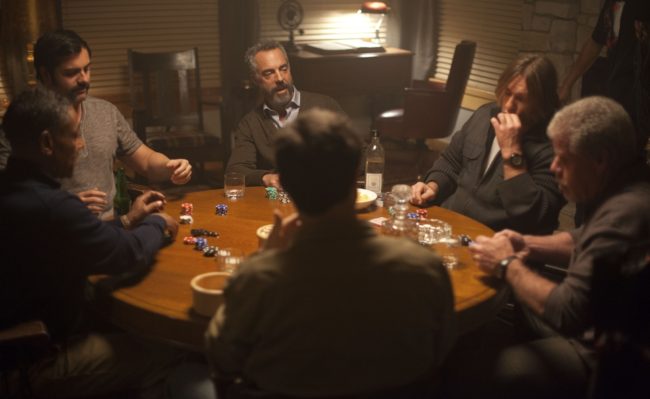 Image from the movie Poker Night; used for illustrative purposes

Note that I’m not just talking about upgrading to sleeker decks of cards and a new chip set either! I’m talking about investing some money into truly setting your home game apart from just another “standard night out with the guys/girls.” Some of these upgrades fall under the “once in a while” category, while others are one-time investments that stand to make a home game more enjoyable from here on out.

So, without further ado, here’s our list of 5 bona fide ways to take your home poker game to the next level.

1. Go All Out with Food and Drink

When you picture the stereotypical home game, chances are you also envision some beer and perhaps a box of pizza along with a couple bags of chips or other snacks. To truly bring a home poker game to the next level, then, you’ve got to go all out with food and drink.

Think Super Bowl party-style platters of deli and sushi. Other go-to options that are always crowd pleasers include do-it-yourself sub sandwiches and homemade casseroles. Drink-wise, I’d grab a nice-size cooler and have loads of different types of soft drinks and beers on ice. Once everyone has had their fill, a nice spread of desserts ranging from ice cream to fruit plates will surely leave a sweet taste in every player’s mouth. 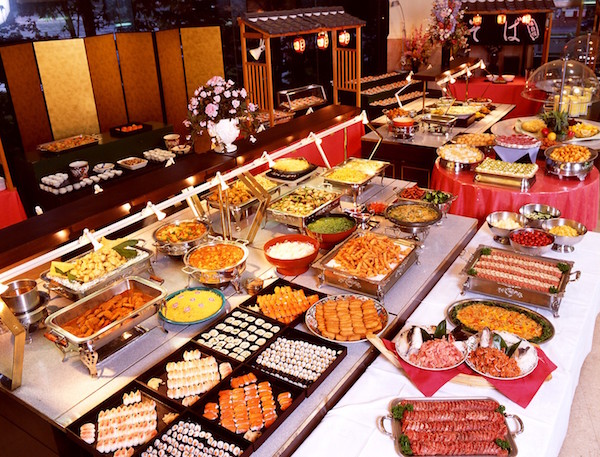 A delicious spread at King’s Casino, Rozvadov. Leon Tsoukernik knows how to throw a poker party!

Generally speaking, you’re aiming for that feeling of plenty – a party-like atmosphere where every player feels like a winner, even if the cards don’t cooperate for him/her at the felt.

2. Dedicate Some Money to Charity

Strictly speaking, there’s no “tangible” upgrade that players will be able to feel by deciding to dedicate some poker money to charity. Whether it’s in the form of a flat per player donation, “rake” taken from each pot, of a percentage of winnings from player’s who’ve profited, or some sort of other mechanism to tithe some monies, there’s no question that setting aside some funds for donations to charity at the end of a session gives additional “meaning” to the night.

Whatever the designated charity – and there are of course plenty worthy causes out there both grandiose in scheme and on the local level – it goes without saying that home game players take the game to another level when deciding to support it together through poker.

While Dwayne “the Rock” Johnson might not be a member of your home game group, it doesn’t mean that you can’t bring a little extra excitement and electricity to your poker table.

Among the things I enjoy about playing in proper poker rooms is that most tables are outfitted with built-in USB chargers and shuffle machines. BBO Poker Tables has just recently started selling these accessories, allowing for automated shuffling and easy mobile device charging. Each of these enhancements, when added on to your poker table, definitely give off a “wow!” factor. 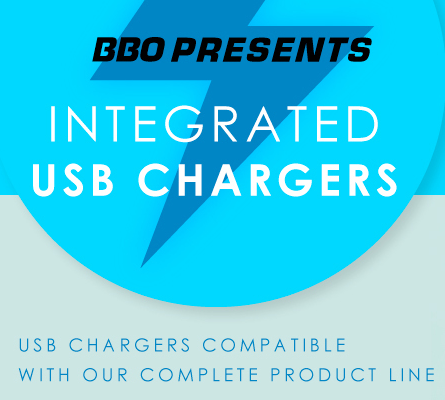 Rarely any home game goes by these days without at least one of the players asking for a charger or an outlet, right? So, if you’re inspired to try and bring a little bit of Vegas-like convenience to the home game, consider hooking your table up to the grid.

If an automatic charger is a little bit too pricey for your group of friends, consider bringing in a dealer once in a while to add some excitement to a poker night.

A capable dealer can usually deal out approximately 20 hands per hour, so you’ll all get significantly more action in each night than the standard “pass around the deck” home game method. Funding this type of outlay is pretty easy, as all you’ve got to do is be prepared to tip. Even $1 or $2 per hand will net a good dealer a nice little chunk of change by the end of the night.

ICYMI, @__MACK____‘s story about @sackett21, who chased and fulfilled his dream of becoming a poker dealer. https://t.co/T2MaBNuMFP

Be advised that you’ll need to make an extra seat available at the table, so you might have to limit it to 9- or even just 8-handed play so as to have enough room for everyone. Still, having a competent dealer run the night’s action once in a while can definitely help raise the enjoyment level.

5. First-Class Seating for Everyone

Considering that you’re pretty much glued to your chair for 99% of a home game session, it makes sense that an upgrade to the seating arrangements would go a long way towards enhanced enjoyment for the evening. If you’re all used to sitting on stackable, standard-issue plastic chairs, getting a whole set of more permanent new chairs would definitely up players’ comfort level.

If you’re already using some decent, sturdy chairs, you can still “up the ante” (as it were) by springing for top-of-the-line adjustable office chairs. We lower-stakes recreational players might never be able to afford playing in Bobby’s Room or the Ivey Room but we could replicate the luxurious seating that the pros are all used to.

The only downside? Players might never want to leave the table! 🙂

As mentioned at the outset, none of the above-mentioned upgrades come cheap. Of course it’s understandable that a home game host might not want to shoulder the entire outlay on such extravagance. With that said, collectively agreeing to pay for the upgrades might be worth the added enjoyment each player stands to gain from them.

Moreover, it’s not as though you need to lay out the money upfront; simply taking a small rake of a dollar or two from each pot and setting it aside each week could lead to a nice sum of cash piling up after a while, which could be reinvested into the home game for all to enjoy. 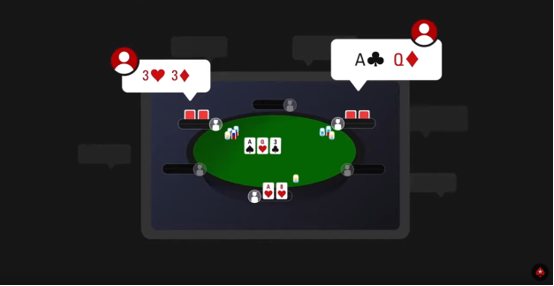