Zlatan Klimenta Lives the Poker Dream: From playing with Steve Aoki to being a WPTDeepStacks finalist

Zlatan Klimenta is having a dream 2022. In February he won a WPT contest to play at Steve Aoki’s Playhouse, and for placing third there he received a WPT Passport valued at $2,500. A few days ago he used that passport at the WPT DeepStacks Thunder Valley where he was one of the finalists, winning the biggest prize of his career.

It all started in January when Zlatan entered a contest to visit musician and World Poker Tour Ambassador Steve Aoki’s Playhouse. He received a free flight to Las Vegas and a stay at the luxurious Wynn resort. “I thought it was a scam,” he said. “I had to Google and do all kinds of research before I believed it was real.” 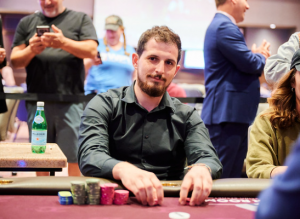 He played the Sit N’ Go in mid-February. The participants were the five lucky winners along with Maria Ho, WPT commentator Vince Van Patten, Steve Aoki, and none other than Phil Ivey, winner of 10 WSOP bracelets, one of the best players in the world, and Steve’s neighbor. The friendly game gave away several prizes, including poker chip sets, $2,500 WPT passports, exclusive Steve Aoki apparel, and a $10,000 WPT passport for the winner. 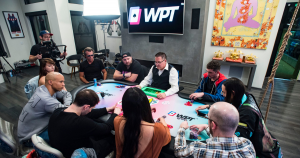 Zlatan had a wonderful time: “Steve Aoki’s playhouse event was a one-of-a-kind experience. It felt unreal. Meeting Steve, his friends, and the WPT team was truly a blessing. They are all very genuine people with good hearts who are excited about all the same things, and seeing everyone come together was amazing. Playing the Sit N’ Go was tough, the table was full of extreme crushers, especially sitting between Mario Ho and Phil Ivey. My position was tough to play and Phil was relentless. He re-raised aggressively against me multiple times. I realized I could get away with playing only monster hands in position, which was what I did. I ran K-K into J-J to put me in a position to place third and get a $2,500 passport.”

When asked what it was like to meet Steve Aoki, Zlatan replied that “I was extremely surprised to meet him. He is an amazing soul, a very humble and intelligent human. His position as a WPT Ambassador is perfect, as he knows how to make people excited and feel good. Steve carries a strong aura, and is a great poker player to top it off.” 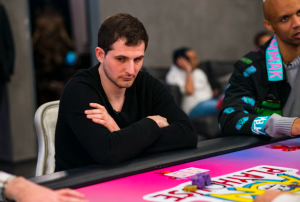 Prior to Thunder Valley, Klimenta had only two cashes on the WPT circuit, in $150 and $250 tournaments, earning a total of  $1,075. But that was soon to change!

Zlatan survived the first day of play at Thunder Valley and moved into Day 2 with a healthy above-average stack. With aggressive play, he continued to build his chip stack. These were his statements with only three tables left:

Hours later, he reached his first final table on the live circuit.

With the elimination of Adam Duong in 9th place, the WPTDeepStacks Main Event at @TVPokerRoom has reached the final table.

Zlatan exclaimed, “Finishing on the final table was a dream come true for me. Eight years ago I learned how to play poker and I made it a mission of mine to score big in a deepstack event. All my experiences have molded me into a player who is capable of making a deep run in this exact structure. I’m mostly an online poker player, and have had only two live cashes for roughly $1,000. Bringing home a 6th place finish against one of the biggest fields in 20 years feels like a tickler telling me to keep pushing to become better at the game. Playing against that amount of high rollers and pros is a frightening spot for someone who is playing with fear. My intention was to be a chip leader in this event and play poker at a higher level than most people consider.” 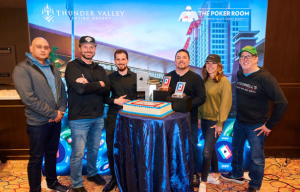 The last hand Zlatan played was a brutal bad beat. Being the short stack at the table, he went all-in pre-flop with Q-9s and was paid by the big blind who held 3-2. The board went K-6-4-5-2, giving his opponent a straight on the river.

Zlatan recalls, “During the last dinner break I thought to myself: I didn’t run into a single straight this whole time. I was running so pure and strong that I was able to pick my spots as I wanted. With the big blind coming around and having just roughly 2.5 bigs, I decided Q-9s was a great spot to get it all in. I would not have played my hand in my position differently. A few hands before that the same player could have busted but the run good was weakening for me at the final table.” 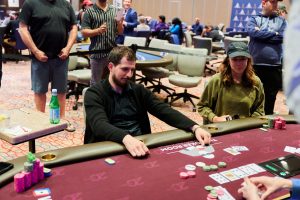 Zlatan ended up turning a free contest offered by the WPT into his first final table and the biggest prize of his career: $64,000. “This result opens some additional doors for me in my life, most definitely. I will be appearing at future WPT events thanks to this score,” he told us.

We asked him what he enjoys most about live poker and his answer was “Producing consistency. Much like online poker, creating a table image is extremely important to playing the game. I bask in the techniques that allow me to be an aggressive player and exploit positions as necessary.”

Finally, when asked about his future poker dreams, Zlatan replied that “between winning the Aoki Playhouse invite and freerolling this $1,500 DeepStack event, I could argue that my dream has already come true! Next to wanting to win a WPT event, I have always wanted to win an EPT event. Being that I am German-born, and ethnically from Bosnia & Herzegovina, scoring big in Europe would be my next goal. My dream has always been to win a bracelet or championship. I’m in it for the glory.”