From July 12 to 17, one of the most highly anticipated tournament series of 2022 will be played out in Las Vegas: the WPT Venetian, and it’s Main Event will feature a massive guaranteed prize pool of $4,000,000. 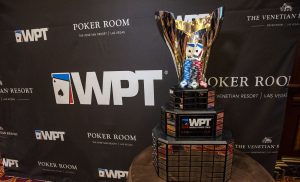 Action clock: The Action Clock will be used once the field is down to one table out of the money. Remaining players will have 30 seconds to act on their hand. At the beginning of play in the Action Clock portion of the tournament, each player will receive time extension chips, each worth a 30-second addition to a player’s action.

You can see the complete blind level structure in this link. 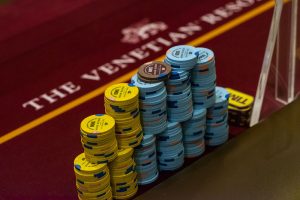 We spoke with WPT Executive Tour Director Matt Savage about expectations for the tournament and he told us “I anticipate that WPT Venetian will be a massive success based on the response I’ve received from the announcement. I fully expect the number to exceed last year’s number of 937 based on the numbers we’ve been seeing in our 20th season.”

On the large increase in the guaranteed prize pool he told us: “Venetian and the World Poker Tour have put an emphasis on giving players the opportunity of a lifetime, earning entry through satellites and ClubWPT competitions.”

Finally, we asked what is different about a WPT tournament compared to other tournaments in Las Vegas this summer: “I believe that the World Poker Tour and our festivals are the most player-friendly in the game and that etching your name on the Mike Sexton Champions Cup should be the goal of every poker player,” said Savage. 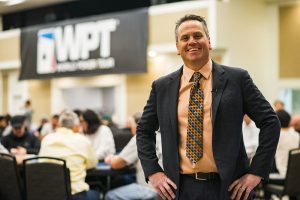 More WPT events at the Venetian

You can view the full festival schedule here.

There’s a MASSIVE @WPT $5K this summer @VenetianPoker with a $4,000,000 guarantee. There will be plenty of satellite winners and fun to be had! #WPTVenetian https://t.co/hSlbgNyh8X pic.twitter.com/zNeemyK75q

The grand champion was Qing Liu, who defeated Joe McKeehen (2015 WSOP Main Event champion) in the final match and won $752,880. He also joined the WPT Champions Club and got his name enshrined on the prestigious Mike Sexton Champions Cup. 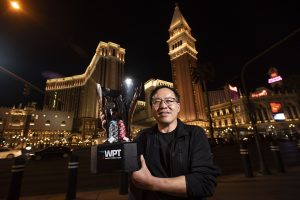