Will Poker Games Ever go Thematic in the Same Way as Slots?

Since the poker boom of the early 2000s, the most popular form of the card game has been Texas Hold’em. There are, of course, other types of poker, but thanks to films like Casino Royale, Rounders, and the televised World Series of Poker, the variant in which players are dealt two cards each with five community cards is the most prevalent. Poker is hugely popular, and 40 million people play it on a regular basis according to some reports – with even more according to others. But is there a need for the card game to adapt in order to continue to attract such high playing figures? 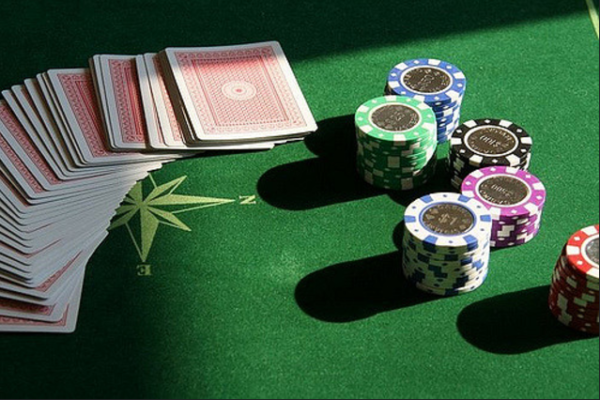 Why Does Hold’em Work So Well?

Poker has been around for over 200 years. According to The History of Poker, the game spread through America in the early 1800s thanks to the Mississippi riverboats on which gambling was a common pastime. In those days the most widespread form of the game was Stud, and sometimes if there were only two players they would play with fewer cards. The fact that this variant of the game is now hard to come by proves that poker has had to evolve to attract players. Hold’em has become the game of choice among many online poker sites now, and it is also the most common format for films and TV. Rounders (1998), which starred Matt Damon as a skilled poker player hoping to make it to the WSOP, only made $10 million profit on its budget but has since become a cult classic. There’s even talk of there being a sequel to John Dahl’s film.

The simplicity of Hold’em has helped this variant to prevail in the media, as it is easy to quickly explain the rules to someone. That’s why films like Rounders and Casino Royale used it, and the fact that those blockbusters included it also served to boost its popularity. Nowadays, rather than spread the word about the game on riverboats, the internet has brought Hold’em to the masses. But is there a chance that Hold’em could one day fade away in the same way that Stud did?

One genre of gambling game that has had to adapt and evolve to survive is the slot machine. Slots have been around since Charles Fey invented the Liberty Bell in 1895, but they are now a million miles away from the hand-operated machines of yesteryear. Virtually every online slot game has a theme. Looking at the list of casino games now readily available, for instance, some are based on TV series such as HBO’s Game of Thrones, which has won one Golden Globe and countless Primetime Emmy awards, while others use well-known movies like Jurassic Park, which raked in $983.8 million at the box office. Players are attracted to games with themes they recognize, despite most of the slots incorporating similar game mechanics such as having 5 reels and progressive jackpots.

The way that slots have evolved from one-armed bandits to electronic slots and further to hi-tech online video slots with advanced graphics and things like parallax scrolling effects to keep people interested is a model that other games may seek to emulate if playing figures begin to drop off. But could games like poker really work with themes in the same way as slots? The thing about poker is that it has only been changed slightly over time, with different variants gaining and losing popularity at different times. Basing poker games on movies just doesn’t seem like something that could work easily, but it is possible that new technology could be incorporated to spice things up a bit. There is also the option of using wild card games to change things up a bit.

Augmented reality (AR) shot to fame last year when Pokémon Go was released, and players were able to see virtual creatures superimposed on real environments. There have been over 750 million downloads of the mobile app, and players have been able to get an early glimpse of the potential for AR. AR headsets are still far from becoming an essential household item, as shown by the fact that there were only 100,000 AR shipments in 2016. But this is expected to grow to 27.3 million by 2021, so developers will be scrambling to create more content for the devices.

Augmented reality is certainly something that could make home poker games more enjoyable, while still staying true to the traditional game. Players could wear AR glasses such as the Moverio BT-200, and see special effects when the flop comes down and when cards are shown. An example of this could be balloons and fireworks going off around the winning hand after a showdown. This would work well on televised poker tournaments as well, such as the WSOP.

It seems fair to say that with the popularity of poker now, not much needs to change to keep people interested. But maybe in the future when more games move to modern devices such as augmented reality, poker may need an injection of life in the same way.