Home POKER What does the future hold for online poker in 2021 and beyond?
POKER

What does the future hold for online poker in 2021 and beyond?

It’s been exactly a year since the Coronavirus gripped the world, which led to billions of people having to stay home and stay safe. Whilst this instantly put on hold the immediate future of live poker events across the globe, the online poker realm has exponentially grown to new heights! But how long will it last?

There has been a renaissance for online poker over the last 12 months. Online poker rooms and casinos like slot online terpercaya games are competing in a more competitive era for home entertainment, ranging from Netflix, HBO etc. The list is endless. So how do companies such as PokerStars, partypoker, GGpoker and the rest attract the attention of new and dormant players to make a return to the online felt? 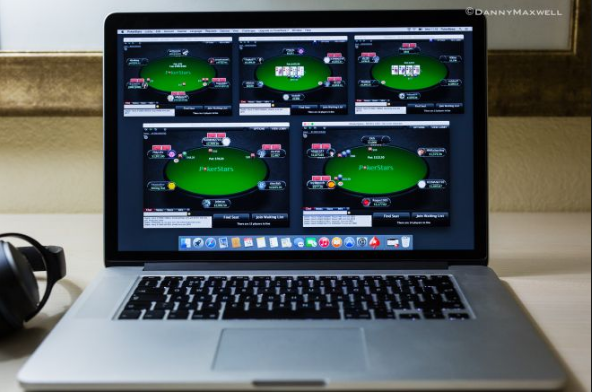 What poker has that other things don’t is the social aspect of it all. The majority of new players enjoy the social aspect of the game, creating online home games and enjoying that night in on a Zoom call whilst trying to bluff your mates off the best hand. The relaxed nature of it allows people to feel as though they are still socializing whilst at the same time staying home and abiding with government regulations.

Various sites have also created new games that often require less skill which appeal to the more recreational player. For instance, PokerStars introduced new games such as Swap Hold’em and 888poker created a game called Pik’em, whereby a player chooses 2 hold cards out of 8 cards dealt. This creates more variance but a more enjoyable experience to the somewhat inexperienced player who is there just to have a good time.

Practically all sites have added the throwables or the reaction feature whereby you can ‘react’ to every decision. This doesn’t affect actual gameplay but does give people the impression that their reactions could entice a player to get that call or pressure an opponent to fold to a huge bluff!

An aspect of poker that has grown significantly over the course of the last few years is the viewership garnered from Twitch. The top online poker sites have signed up some of the best and most entertaining personalities and players in the game to stream their sessions (with a 5-minute delay to protect the integrity of the game) to thousands of fans. This sense of community has allowed the game to expand into new horizons that were dominated by eSports such as Counter Strike, FIFA, Fortnite etc. Lex Veldhius, Kevin Martin, Jaime Staples, Jeff Gross and many others organize giveaways throughout their streams, which keeps the audience engaged and entertained for hours. This will undoubtedly lead to new players signing up through the affiliate links provided by the streamers.

More online poker than ever before

According to statistics, the majority of revenue sites generate solely from poker is (still!) from people who have signed up before 2010. These longtime grinders have been inundated over the past couple years with new tournament series across all platforms practically every month or so. For the sake of comparison, these events used to take place just once or twice a year, such as SCOOP and WCOOP. PokerStars, for instance, have added many ‘Series’ that guarantee upwards of $25m across all 50+ events. All series have events that range from Low buy ins ($11) up to the High Rollers ($25k) so there is an opportunity for both the recreational and experienced players to make deep run and turn buy-ins into life-changing scores!

Some examples of the online poker series that have recently captured the attention of recs and regs alike include: The Stadium Series (whereby, as the name suggests, you get the feeling you’re playing within a huge arena), the Bounty Builder series (which has proven to be incredibly popular as each knockout completed gives the participating player a prize that grows larger the further you progress in the tournament), EPT Online, the WSOP.com bracelet schedule and even the Battle of Malta series, respectively. There’s been so much online poker that there’s even been high-level industry talk about having possibly reached a saturation point, as seen in Episode #4 of The Orbit, hosted by Cardplayer Lifestyle founder Robbie Strazynski.

So what does the future really hold for online poker once the pandemic is over? Will players abandon the online games and return to live poker or incorporate a mix of both games? The main worry is that with all these events could bring a devastating blow to the bankrolls of many players who may feel that they have to play every event. Even though there are series every month, a player would feel a sense of missing out if they skip an event or two.

So far, the new online poker bubble has yet to burst. In fact, numbers have grown rapidly across all websites and players seem to be enjoying the constant action. While the future remains to be seen in the live circuit, the online games seem to be at its strongest ever, with no end in sight for the growth. It’s great to see online poker flourishing once again.