Watch Your Language at the Poker Table

Lest you be concerned that this blog post will be laced with profanities, let me reassure you that profane speech is not the type of “watching your language” I’m going to be talking about. 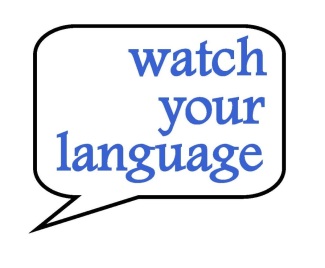 A couple months ago, I was fortunate enough to take a leisure trip to Prague. Aside from the touring I did, I also played plenty of poker. After visiting a number of great poker rooms there, I compiled my recreational poker player’s guide to playing poker in Prague. Over 2,000+ words, I included pretty much every tip I gleaned while playing in the city. There was, however, one particular incident I experienced that I didn’t go into detail about in the guide, which deserves its own dedicated column.

While sitting at a 10/20 KR ($.50/$1) table playing No Limit Hold’em at the Ambassador Poker Room, I heard a familiar sound over my shoulder. I was pleasantly surprised to discover that the two young guys who had just taken their seats at the adjacent table were speaking Hebrew to one another.

Me: Can I please get a table change and move over there?

Floorperson: Absolutely sir. There’s an open seat in between those two gentlemen.

I moved to Israel from Los Angeles when I was almost 17 years old. I’ve been living here now for close to half my life. My Hebrew, while accented, is completely fluent. 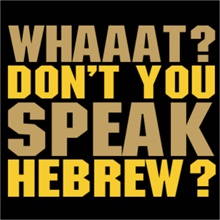 Me: Hey everybody, how’s it going?

I don’t look Israeli. I look as American as apple pie. In poker rooms, I play with my Lakers hat on.

Dealer: Good evening, sir. Where are you from?

…and there’s my image.

The next four hours were some of the most enjoyable I’ve ever spent at a poker table. I don’t  really remember details of too many of the hands anymore, but I sure as heck remember the experience of sitting in between two friends who were pretty much speaking to each other non-stop (in between hands, of course) in Hebrew, while neither of them realized that I understood every single word. Let’s call them “Moshe” and “Yossi”. The following is a brief timeline of some of the exchanges that took place between them, in Hebrew:

(Two hands into the session)

Moshe: What did you have last hand?

(After about 20 minutes at the table)

Yossi: Dude, nobody at this table knows a single thing; they’re all fish… should be easy pickings… except that guy over there (gesturing slightly to the gentleman sitting across from me). You should be careful – I saw him here when I came to play yesterday; he’s good.

Moshe: Ah, thanks man, I’ll keep that in mind.

(After about an hour at the table) 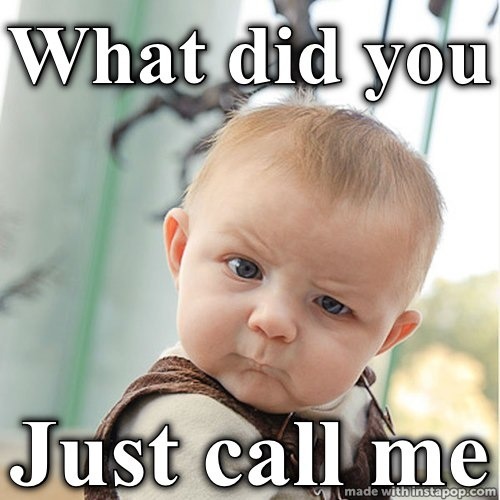 Me: I have no idea what you are talking about. That’s not an English word. What language is that?

(“boonker” is a slang Hebrew term for someone who is miserly; i.e., a tight player)

About 10 minutes later, I called Moshe’s pot-size river bet with “just” top pair on an uncoordinated board.

Moshe: You see, guys like him (he was referring to me) just play insane. Sometimes he calls, sometimes, he folds. There’s no rhyme or reason to anything he’s doing.

Yossi: I agree. I’m not sure what to make of him now. What the hell was he even doing in the hand in the first place with K7?!

Yossi: (to me, in English) Sir, you play very good! That was a gutsy call you made.

Me: Thanks man; I dunno, I just had a feeling.

About 2.5 hours into the session, Yossi switched seats, moving to the spot three left of Moshe. Yet, they kept on discussing everything from the hotel they were staying at, to their upcoming flight home the next day, to the way people were playing hands, to promotions being offered for the other casino games in the establishment, and what food to order. It was exceptionally difficult to keep my poker face when Yossi ordered a sandwich from the runner service and repeatedly said to her: “no meat; no meat!” (they weren’t observant Jews, but I of course knew that they were being careful not to eat pork products).

So Do I Eventually Tell Them, or Not?

The entire time I sat there I kept telling myself that if I ended up taking money from them, I wouldn’t reveal my secret. As it turned out, after four hours Yossi was about breakeven while Moshe was up about $100. We hadn’t tangled much.

When I had arrived at the casino, I’d placed my name on a waitlist should an Omaha game be spread. Now there were six people on the list. The floorperson announced that they’d be opening up an Omaha table.

This was the moment. We’d become somewhat chummy during our time together.

Me: Hey, either of you guys wanna come and join me and play some Omaha?

Me: (in Hebrew) Okay, so what time does your flight leave tomorrow?

We continued the rest of the conversation in Hebrew

Yossi: OMG! You CANNOT be serious!

Me: Oh, I’m VERY serious… (but, by this point, I was quite simply laughing my ass off).

Moshe: Wow! We gave you a TON of information!

Being that I didn’t really end up taking money from either of them, I felt that it couldn’t hurt to teach Moshe and Yossi a very important lesson, and that’s the same lesson I hope that this story has taught all of you.

Watch your language at the poker table: You never know who might be listening!

Great story, Robbie, really entertaining. So they never spoke in Hebrew during the hand? Would they have been warned if they had done that? I’m a little confused because you said that the dealers call the action in English and Czech. So there were already multi-languages being spoken. Also I guess all the dealers must be fluent in English, huh?

I don’t know how you kept a straight face during all this. Also a bit of risk, you might have overheard them saying something really nasty about you and gotten offended.

But I kind of find it rude of them to use a foreign language to have their own private conversation in public, so good for you for being able to take advantage of it!

Thanks Rob! Nope, they respected the rules and never spoke a word of Hebrew while play was in session during any hand. Yes, the dealer would’ve warned them “English only” if otherwise; and if not, then I (or someone else) would’ve spoken up to enforce.

Yes, the dealer pretty much said everything twice; in English and Czech. They were “fluent enough” in English 🙂

Re: keeping a straight face, I’ll tell ya buddy, I feel like I ought to have won an Oscar…

Re: the risk of overhearing them say something nasty, yes, indeed – but they seemed like nice decent guys. If they had said something nasty about me, I would’ve shot ’em a hell of a retort in Hebrew right away and trust me that would’ve shut ’em up REAL quick, lol…

Re: taking advantage of it – well, poker’s all about trying to get an edge over one’s opponents at the table, no? I feel as though I did what any player would’ve done.

Finally, re: them choosing to use a foreign language, I don’t think it was obnixious. They were friends and it’s only natural to speak their native tongue between them. Plenty of the others at the table were speaking Czech… obviously I didn’t understand any of that (though I tried to pay careful attention, etc). The unified language rule really only has a place during gameplay itself in my opinion. You can’t “police speech”, you know?

Again, thanks so much for reading and for your comment – glad you enjoyed!

Awesome story Robbie! Love it! Guess I should brush on my non-existent Hebrew!