Virtual Reality Poker | Finding a Love of the Game Digitally

It Took PokerStars VR to Make Me Love Poker

I’m not who I am. I sit at a table, though I am not there. My face is not my own, and these people around me that I know are complete strangers. I hold a beer in my right hand, there is a cigar in my left. On the table in from of me I see my cards. I am both aware that I am playing a game of poker, yet this is not the poker I know of.

My brain is coordinating movements with apprehension as I look around the table, the old lady with the beautiful sunglasses, the bearded man who takes a drink of his coconut cocktail, and I also see the cowboy is looking at me.

He makes a move and places his chips down to challenge me and the rest of my opponents. They put their cards on the table and I lean in to show my double. I triumph by putting the cigar in the mouth place my beer on the table and grabbing a wad of money from the table. 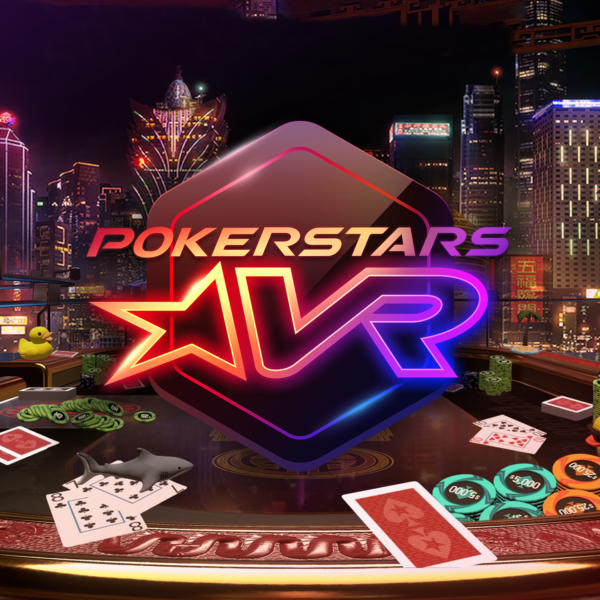 Now, I hated poker up until this point. I was a person that needed fast games, lots of opportunities, and money – money, now – now.

The special thing about this experience is that I’m not in some Las Vegas casino, but I’m sat in a plastic chair in the middle of EGX, the biggest gaming show in the world, at the NEC Birmingham. Placed on my head is a VR headset accompanied by special gloves on each hand. My gaming opponents? Well, the other participants are the other side of a separator.

Though in its young form, this is where the future of gaming and casinos is leading us, distanced for other people and viewing life entirely differently.

Though I’m not a fan of poker, I am not against the art of gambling. I have experienced many favorable outcomes in my time and the game allowed me to glimpse into the future of where all casino games will essentially be heading.

When I agreed to watch PokerStars VR, the virtual reality version of the online poker software from the massive game site, I was somewhat pessimistic. Only a few minutes after arriving at the stand, my anxiety subsided. “It’s free,” said the developer. “You don’t play for real money.”

It is hard to imagine how this concept works for a modern online poker game, but it offers something special: the pleasure of playing poker without financial consequences because the mechanism is socialization.

With PokerStars VR you can play no-limit hold’em poker online with other people, each creating their own avatar and chatting in real time with others at the table. Thanks to the immersive nature of virtual reality and the great attention to detail of the development team, players can easily understand each other by paying attention to the behaviour and hand movements of their opponents.  It’s almost like being in the same room.

The realistic nature of the movements is very strange, at first, as the motion controls allow you to control almost any part of your hands, including your thumbs. It takes some getting used to, but once you accept the closeness to real life, the movements almost become second nature. For example, raise your thumb: press the handle with the trigger and then stretch your thumb with the analogue of the corresponding hand. Over time, it becomes a habit.

I could talk about the elements of PokerStars VR Poker, but it’s pretty straightforward and not at all about the design aspect of this game. In fact, the accessories and customizations are the best in PokerStars VR. Players can dress up their avatars, stream game shows, and have fun with virtual items and activities. They can order food and drink, share sushi, smoke and more. At one point, our group gathered a collection of rubber ducks and then tried to find out who could successfully throw (and hover) around us. These accessories added an extra level of fun to the game of poker itself and added an extra feel of reality to the game itself (albeit oddly).

In addition to these accessories, there are five exotic VR setups for enthusiastic players to fully experience: Macau Suite, Monte-Carlo Yacht, The Void, Macau 2050, The Showdown Saloon.

“PokerStars VR is an opportunity for us to use this great technology and offer poker players something completely unique,” ​​said Severin Rasset, the Managing Director at The Stars Group.

Poker is most definitely all about interaction. It has brought people together for over a century. We are delighted to invest in the next generation of the game and give players the opportunity to experience a new dimension of virtual reality.

Although I enjoy playing VR at PokerStars, the deep nature of the game sometimes astounds me. This may be due to the fact that the game is currently free and we only play for fun. However, one team told me that they plan to add real money options in the future if players wish.

The exciting game is fantastic for fun, but when you add real game items and money, you start to see that the technology has no limit, given the many games this could linked to.

Online virtual reality games can combine lines between players’ real money values ​​and digital currencies. The scope is huge and through very Sci-Fi in idea, in nature it’s a reality that is slowly coming to completion.

My own personal hope and thoughts is that PokerStars wants to keep the headlines of virtual reality free by hosting only micro-events for extra profit and virtual action, because that’s where the power of the game really lies.

PokerStars VR is right now currently set up as a beta version, but a commercial version is expected in late 2020. This title requires an HTC Vive or Oculus Rift headset and a controllable motion controller.