Whether you are new to poker or a longtime veteran, you have to know some rules. I’m not just talking about learning general rules or poker hand rankings; you have to understand the ethical part of the game as well. Poker is quite similar to golf in this way. While understanding proper poker etiquette is always important, it’s even more crucial if you are playing live games and traveling the circuit. Here, then, is a list of five primary rules of poker etiquette. 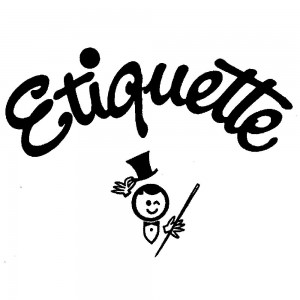 Do NOT Slow Roll

By far, the most annoying (and tilting!) thing in poker is getting slow rolled. It is, without a doubt, one of the worst breaches of poker etiquette and you should never intentionally do it to another player.

If you reached a showdown and have the nuts, you should not tease other player(s) or let them think that they are going to win the hand. Moreover, if a player shows his hand and you have a better one, never say anything misleading that can indicate that you lost when that is not the case.

It could happen in any all-in situation, even pre-flop. If your opponent shoves their entire stack and you have pocket aces you should quickly make the call and show your hand. Taking too much time to announce your action when you already know what you will do is rude and you should avoid it.

One of poker’s most well-known and controversial slow rolls happened on the first season of Poker Night in America. Watch it, in the video below.

Intentionally acting out of turn is also very bad form. In addition to being very rude, it is also unfair to the rest of the table because you are giving away valuable information to players who are still in hand.

To illustrate this with an example, imagine that you are considering opening from the cutoff position while the player on the button folds out of turn. This player has just added a lot of value to your action, because now you can play your cutoff exactly like the button because you know that only the blinds have yet to act and you can open with more hands.

Alternatively, if you are considering betting post-flop and one of your two opponents folds out of turn, you can bet much more often and put the remaining player in a tough spot. Therefore, you should only act when it is your turn so as to never give an unfair advantage or helpful information to other players.

Do NOT Disturb the Action

If you have already folded, regardless of whether it was pre-flop or post-flop, you should never talk to players who are still in play. You will be wasting everyone’s time by distracting them from the action. Worse, you’d possibly be giving away some information. Even if another player asks, you should never say your opinion or comment on the hand out loud until it is finished. Only then, you can feel free to comment.  You can never go wrong keeping your opinion to yourself. 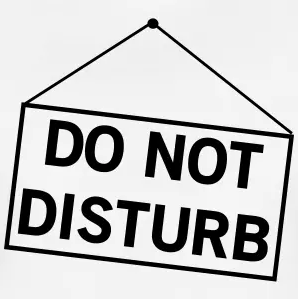 As critical as this is in cash games, it’s arguably more important in tournaments. In both situations, once the hand is over, it’s over, but in a tournament you’ll likely be stuck sitting at that table for a while. Believe me when I say that you wouldn’t want an entire table upset at you!

Knowing what has already happened in a hand is essential. Moreover, you should always follow the action and know when it is your turn to act.

Therefore, if you are listening to music or watching something on your phone, be aware of what’s transpiring at the table so as not to waste anyone else’s time. It’s incredibly annoying when a player has to ask the dealer what’s happened in a hand or when the action is stalled because someone at the table is too busy texting.

Everyone plays poker for different reasons. Some people play for fun, others for the mental challenge, and still others purely as a way to try and make money. That said, pretty much universally, nobody wants to be berated while at the table for having made a terrible decision.

Talking down to other players is offensive, and you should never do that. Even if they’ve made a bad decision or sucked out on you, the right move is to just keep your calm and continue playing with a winning strategy. While bad luck might strike, skill will win out over time. Plus, it will say a lot about you to the other players at the table if you’re able to remain classy in such a situation.

Being impolite and rude to other players can break the game and make weaker players leave; that’s the last thing you want. Watch one of Phil Hellmuth‘s infamous “poker brat” rants, which illustrates what NOT to do.

While knowing Texas Hold’em poker rules is crucial to achieving success in the game, you should remember that you are not playing alone. Making it a positive and friendly experience will serve everyone and we all need to remember that. The title of this article was meant to indicate that you should ALWAYS follow the aforementioned five rules of poker etiquette. It’s not as though there’s a police force patrolling the tables to make sure that you do, but not acting in accordance with poker etiquette is simply a disservice to the game and those playing with you.