It is that time of year again!

As we ring in 2017 and look forward to all that it has to offer, I am able to pull out my crystal ball (it may be one of my dog’s tennis balls, but let’s go with it) to make some predictions for our poker world. 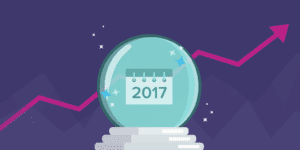 Some of my predictions – like #1 – might appear bold, while others might seem a bit obvious to people who follow the goings on in the poker industry, but in any event, here are the top 10 things I think we can expect over the coming year.

Over the past few years, especially since Black Friday, Phil Ivey has shown more and more indifference toward the world of poker. Though he made a brief appearance at the WSOP Main Event, the most time he spent at the tables in 2016 was in the nosebleed high-stakes cash games in Macau, and he seems to have little patience for tournaments or any of the hassle that comes with them.

Follow @Rosters for @philivey updates from Day 2 of the #WSOP Main Event. He starts Day 2 with 26,100 in chips. pic.twitter.com/lhZFhKZ4jg

Even though Ivey will be eligible for the Poker Hall of Fame this year, and his popularity among fans remains high enough for nomination and possible HOF induction, he will likely be absent from the poker scene throughout the year. His focus is most likely on money-making ventures in the sports betting world.

After several years of no progress for online poker in the United States, I believe this will be the year for change. Pennsylvania is a lock, and either New York or Michigan could greenlight it as well, all within the first six months of the year. 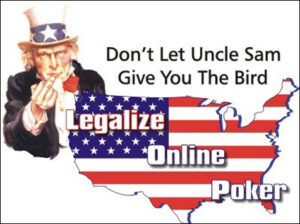 Pennsylvania came close in 2016, with the House voting to approve online gaming expansion, including online poker, but the Senate departed for the holidays without voting at all. With a push already taking place in the House and Senate, online gaming will be legalized within the next few months. New York also came close to legalizing online poker and popular mobile casinos to go with its new land-based casinos with a positive Senate vote but not enough support in the House. New York will finish the job in 2017. Michigan is also a possibility, as the state made great progress in 2016. With the right lobbying efforts, there is a solid chance that Michigan could join the ranks.

3. The new US Attorney General reverses the Wire Act decision

The incoming Trump administration wants Senator Jeff Sessions to be the new US Attorney General. He is likely to be confirmed for the position. Once in office, he can do Sheldon Adelson‘s bidding to hurt online gaming in the US.

Sessions’ political leanings are strictly conservative, and his loyalty to his party is without question. If notorious Republican donor Sheldon Adelson hits the right notes, Sessions as US Attorney General could easily be persuaded to reverse the 2011 Department of Justice Wire Act decision. That 2011 decision allowed states to legalize online poker and gambling, and a reversal by Sessions would take that away. All states – currently New Jersey, Nevada, and Delaware – offering online gaming may be forced to stop all activities until the courts can issue a decision.

My previous prediction for two states to legalize online gambling stands, as I believe they will want to do it before Sessions changes the law in order to band together as a more influential force in the courts.

European online poker players know that the market is fragmented. Those located in France, Italy, Spain, and Portugal are separated from other countries and have much smaller player pools. That might not be the case for long. 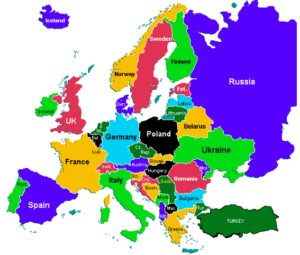 Representatives from these countries, along with the UK, held talks in 2016 to break down those walls and share online poker liquidity. Portugal just took the biggest steps in recent weeks by submitting a plan to the European Commission, and if no objections are raised, the approval for liquidity could come in three months. Should all countries figure out how to adjust the tax laws appropriately, online poker in Europe can thrive again. I predict all this will happen in 2017.

The Run It Once online poker site was announced in the middle of 2016, and Phil Galfond has been putting the pieces together ever since. His desire to offer a player-friendly, low-rake online poker site reminiscent of old-school PokerStars is moving forward.

The site is likely to launch on a global scale by the summer of 2017. Since Andrew Lichtenberger already launched the beta version of his LuckyChewyPoker, Galfond may be able to build on the player criticisms of that site and make Run It Once a better product. The poker world is eagerly anticipating Galfond’s contribution to the industry, and I predict it will be very well received.

I want a fair, honest, transparent poker site that believes in the dream that I have lived: https://t.co/Zl1AM6rHO8

The Team SportStars part of the overall PokerStars team pro roster remains a prominent part of the company’s marketing efforts. Fatima Moreira de Melo has been on the team for many years and still plays an integral role in the company. The other members – football legends Cristiano Ronaldo and Neymar Jr – were in the spotlight in 2016, with appearances in everything from the Duel videos to the #RaiseItUp campaign.

The latest marketing ploy involves Ronaldo in a #RaiseItUp video battle with US basketball pro Dwayne Wade. While Wade is not part of the official PokerStars team, the company has been heavily promoting the videos. I would be willing to bet that Wade takes a position on Team SportStars in 2017.

PokerStars attempted its first official Festival in New Jersey late in 2016, and despite tremendous efforts to make it a stellar series of live tournaments, complete with their pros from all parts of the world in attendance, the series drew few players. This will change.

Not only did Lee Jones of PokerStars hint at another series for New Jersey in early 2017, the changes that are likely to be made with regard to marketing and timing will probably deliver better results. In addition, if companies like 888poker and partypoker want to stay relevant and are paying attention, they are probably working on similar events for 2017, each likely to attract more players and bigger prize pools.

If you weren’t at @PokerStarsNJ Festival @ResortsCasino 3 weeks ago, here’s what you missed. Don’t miss the next 1. https://t.co/xqhubU2MHR

8. The overall number of women in poker increases

The most common way to measure the number of women in poker is in live tournaments, and according to the best reports and estimates, the number has not changed much in the past decade. Less than 5% of the tournament fields are comprised of female players.

This year, I predict a change. With an increase in the number of women sponsored by online poker sites around the world and more women than ever taking seats in cash games in poker rooms, especially in the US, the improvements will make an impact in tournament fields. Since the World Series of Poker in Las Vegas is the one series that produces statistics for male and female participation in the games, I anticipate the number of women in WSOP tournaments will exceed past years and rise to at least seven or eight percent overall.

Most Player of the Year award rankings include high roller tournaments, those with buy-ins exceeding $10K and some as high as $100K. Few players have the bankrolls to compete in those events, which limits the number of players who could become POY contenders to a select few. The vast majority of players will finally begin to speak up about the unfairness.

I predict that POY rankings will likely remain the same for 2017, as the year has already begun, but changes will be in store for years to follow. High roller tournaments have taken on a life of their own of late, as high-stakes players are able to demand that casinos host massive buy-in tournaments to meet their needs. At the ARIA in Las Vegas, for example, player demand has increased the number of high roller events ten-fold in the past few years, and there are now several each month with buy-ins of $25K or $50K. Few players can compete, but all of them earn POY points. This trend will prompt changes to POY rankings going forward.

PokerStars’ parent company, Amaya, went through serious changes in 2016. Founder and CEO David Baazov tried to buy the company but then resigned due to insider trading charges, and merger talks took place with everyone from William Hill to GVC.

This year, I believe that Amaya will merge with GVC or 888. All companies are ripe for mergers in many respects, and their online poker worlds could join to make an insurmountable giant that dominates the industry. GVC owns bwin.party, and pushing partypoker together with PokerStars would leave all other competitors even further out in the cold as far as online poker is concerned. The same can be said for PokerStars partnering with 888 to create a virtual monopoly.

Agree with the predictions? Disagree vehemently? Have different predictions? Comment below or on our the Cardplayer Lifestyle Facebook page.

Jennifer Newell recently moved back to her hometown of St. Louis and spends much of her time writing. After more than a decade in the poker industry, she continues to write about gaming while working on a novel and a small business.