Yesterday’s blog listed 5 of the top 10 players I feel are worth watching at this year’s World Series of Poker. If you haven’t read it yet, check it out here. Without further ado, here are the other 5 “must watch” players at this year’s WSOP, along with WHY you should be watching them: 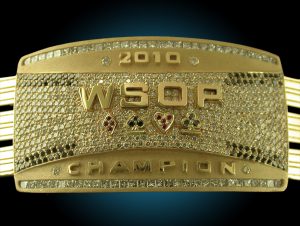 Allen Cunningham – The guy’s got 5 bracelets, 3 of which he won after 2004 in thousands-deep fields. He’s got 41 cashes at the WSOP in all varieties of the game (not just your “typical” Texas Hold’em specialist) and over $6 million in lifetime WSOP winnings. Simply put, this otherwise unassuming man is a beast at the World Series of Poker. Among the most consistent strong performers, with Allen Cunningham it’s not a matter of “if” he will succeed at this year’s World Series, but rather a matter of “how much money and hardware can he win this year”. Plus, Normad Chad loves him, so how can’t we?!

Tom Dwan and Patrik Antonius – Two of the best cash game specialists in both online and live poker, neither Dwan nor Antonius has won a WSOP bracelet. While their multi-million-dollar bankrolls may reflect poker’s “bottom line”, these pros know that a lot of worth in the professional poker player community is attached to how many WSOP bracelets you own. Mix in some nosebleed-stakes bracelet bets and you can be sure both of these players will be playing their best, making them 2 “must watches” this summer.

Annette Obrestad – To be quite honest, I personally don’t think too much of her and think she’s very VERY overrated. Nonetheless, after taking down the inaugural WSOPE (World Series of Poker Europe) Main Event in 2007 at the tender age of 18, the rampant curiosity about Obrestad’s poker abilities is natural. Can this girl play with the big boys or not? Now that she’s “finally” 21, she “finally” has a chance to prove skeptics (like me!) wrong (or right J).

Jeffrey Lisandro – What’s not to love about this guy? He’s got that exotic, tough-guy Australian appeal, is single-handedly capable of bringing the fedora back in style (Avi please insert link here of a Jeffrey Lisandro pic winning one of his 3 bracelets last year), oh, and yeah, he’s the reigning WSOP Player of the year. Last year Lisandro SWEPT the 7-Card Stud events (winning a record-tying 3 bracelets in one series); just think of how hard it is to win 1 bracelet and you realize how incredible that feat is! While some may say he was riding a very (VERY) hot streak and it can’t be repeated, I say that THAT much success in one year isn’t a fluke. I’m looking for Lisandro to make another strong run at WSOP Player of the Year.