The Future of Online Poker: Blockchain vs. Conventional

The world of online gambling in general and online poker specifically is in a state of constant flux. Changes in technology, legislation, and various other factors influence the market immensely from different sides. One of the biggest obstacles for both players and operators, especially in certain areas of the world, has been “ease of making deposits” and, more importantly, withdrawals.

Unlike players in the UK who have a variety of legal options when it comes to their banking options with poker rooms and online casinos, as explained by SolicitorsGuru experts in detail, some aren’t so lucky. A number of online poker sites operate in “gray” legal jurisdictions, so while players have access to the sites, getting money in/out of an account can be very difficult. So, blockchain poker has emerged as an appealing option but there is more to the concept than just facilitating money transfers. 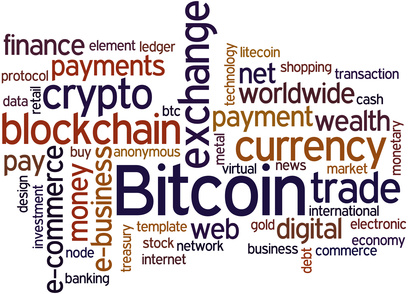 Why Blockchain Could Be Future of Online Poker

One thing that many players have complained about over the years is that online poker is “rigged” in one way or another. Whether you believe the rigged stories or not, the fact of the matter is that if some recreational players choose to believe this, they’ll want to leave the online version of the game for good and look for a different hobby.

With blockchain, these concerns become almost irrelevant because every hand ever played is stored in the chain and if there is something fishy going on, it is fairly easy to detect. That would help remove fairness concerns with most players except for the most stubborn ones who’ll decide to believe whatever they want regardless of the evidence.

But, beyond this, blockchain poker could help prevent different types of real scams. Scandals such as what transpired at Absolute Poker would become almost impossible. With much more transparency added to the game, everyone would feel safer and more comfortable playing, knowing they aren’t getting cheated.

While the idea of playing poker with Bitcoin and other cryptocurrencies currently appeals primarily to players from countries like the U.S., Australia, and other countries where online poker is severely restricted, there is actually a lot to like about it even if you have access to conventional poker sites with conventional payment methods. Transactions are decentralized, much faster, and you don’t have to ever really give up ownership of your funds. So, from that perspective, blockchain poker could definitely be the future.

On the other side of the coin, there is still much work that needs to be done before people are really comfortable enough to make a full switch to cryptocurrency-based online poker. Since the underlying technology is still fairly new and even more so unknown to the masses, recreational players aren’t likely to place too much confidence in it, especially when there is real money on the line.

From a regular user perspective, it is normal for a company to brag about its product or technology it uses and promise all sorts of things. But at the end of the day, with all the scary stories involving cryptocurrencies and blockchain, even if unrelated to poker, caution is at the very least understandable.

Conventional Sites Are Safe for Now

There are arguments for blockchain poker but in its current state it is just not ready to take over the world. There is much work that needs to be done before the whole concept gets to the point where conventional online poker is today. There is no way of telling if this will actually ever happen as someone would have to make this into their mission and really put forward the massive funding and time commitment necessary to achieve this goal.

In the meantime, conventional online poker rooms are in the clear. While there are and always be suspicions of rigged play and collusion and occasional cases of actual scams, players usually have an idea of what to expect. And, if and when things start to change, it is safe to assume some of the leading conventional operators would be the first to start accepting and introducing these changes. For the moment, several rooms operating on the blockchain aren’t strong enough to present a real challenge, so the big boys are well in the safe zone.