During the first half of the podcast, DJ Alexander joins the show and discusses how he got started in poker and the success he had during his early years in the game. DJ remembers his incredible run on the felt during 2017 and says “Poker is a confidence driven game.” After talking about his success and confidence level heading into the 2021 WSOP, Bernard and DJ discuss the $1,000 Flip & Go “tournament” and DJ’s multiple attempts to qualify. DJ talks about his incredible run on Day 2 of the Flip N Go bracelet event. Finally, he discusses his plans for the remainder of the 2021 WSOP.

During the second part of the podcast, Chad Holloway joins the show and talks about his initial impressions of the 2021 WSOP. Chad also reviews some of the big storylines during the first half of the 2021 WSOP, including Phil Hellmuth’s starting run and Adam Friedman’s three consecutive wins in the $10,000 6-max Dealer’s Choice Championship. Finally, Chad talks briefly about the 2021 Poker Hall of Fame nominations. 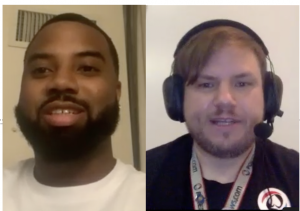