At the start of the interview, Chance talks about his incredible week at the WPT main event at the Hyper eSports Arena at Luxor. One of his students won an event, and then he won another. Chance talks about his student, Mark Davis’ work ethic and desire to win the WPT Seminole Hard Rock Poker Showdown. Chance also talks about his training academy: Chip Leader Coaching. Chance discusses his victory at 2022 WPT Choctaw, including eliminating both Foxens at the same event (Alex and Kristen). Chance also discusses the play at an experienced final table of the 2022 WPT Choctaw.

During the second part of the interview, Chance Kornuth talks about the experience of winning his first WSOP bracelet back in 2010 ($5,000 PLO). Chance discusses his experience – or lack of experience with Short Deck, which is the event in which he won his 3rd WSOP bracelet. He also talks about short deck strategy. Chance shares his 2022 WSOP schedule. He is skeptical how the 2022 WSOP will run as it changes locations. Finally, Chance discusses how he changes his sleep schedule during the WSOP. 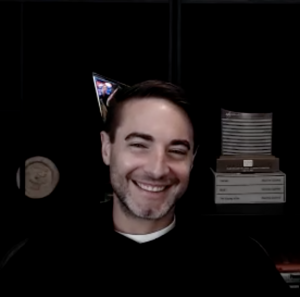