Scott Montgomery and Dean Hamrick, while not the best known names in the poker world, are known to plenty of avid fans of the World Series of Poker. The reason? Both had made deep runs in the Main Event in 2008. 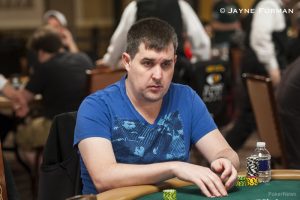 Montgomery was a member of the original November Nine, finishing 5th in 2008, while Hamrick became one of poker’s most (in)famous “bubble boys”, getting bad beat to finish in 10th place that year. In poker, it’s not often that you get a 2nd chance at success, but lo and behold, Montgomery and Hamrick were able to beat the odds and each win their first bracelets at this year’s World Series of Poker.

Montgomery won one of the popular $1,000 no-limit Hold’em “stimulus special” events, and had to beat out over 3,100 to claim the honor as well as the first prize of over $480,000. Hamrick also had to outlast a monster field of over 2,500 players to win a $1,500 no-limit Hold’em event. Taking home over $600K for his victory, Hamrick now has over $1 million in lifetime winnings at the World Series of Poker.