A while back, we introduced a series of “Rules of the Road for Poker Players” for readers of the Gaming Today newspaper. Several of these were published as addenda to a number of my columns. It seems prudent to compile these, expand on them, and add some additional “rules of the road” so that serious Limit Hold’em poker players can benefit from them. I’ll be doing precisely this in the article below, as well as in my next column. 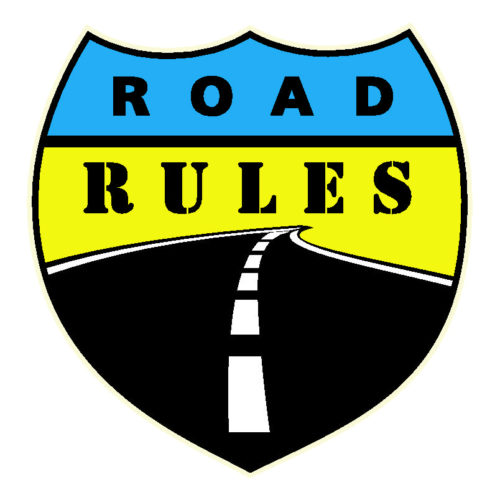 If you play so tight that, on average, you stay to see the flop with fewer than one-third of your hole cards, essentially playing only premium hands, you are bound to be a loser. The reason for this is that your opponents will soon realize this trait and adjust how they play against you. Then, whenever you pay to see the flop, they will be more inclined to muck their mediocre hole cards – and, accordingly, the pots you win will substantially shrink. Meanwhile, those hands opponents do play will more often be powerful starting hands – likely to be favored over the hands you play. All in all, you’ll win smaller pots and lose the bigger ones. Add to this the rake and other possible promotions like a Bad Beat Jackpot drop (i.e., the cost-to-play at the best USA casinos), and you’ll usually go home a big loser.

Be Prepared to Fold

Unless you start with premium hole cards, be prepared to fold if the flop does not improve your hand, leaving you an underdog. Underdogs are more likely to lose. Exceptions: It’s OK to stay to see the turn if you get a free card or hold seven or more good outs in a multi-way pot. (We call the latter “the Hold’em Caveat.”)

If you start with a big pocket pair lower than Aces, consider mucking your hand if an Ace falls on the board. At very least, play cautiously from then on. There’s a good chance that one (or more) of your opponents was dealt an Ace in the hole and is now sitting on his top pair. At that point, your big pocket pair will usually only have two outs to best your opponents. So sad, but that’s poker.

If you only have six or fewer outs to a drawing hand, calling a bet on or after the flop is tantamount to chasing. You may get lucky and occasionally connect, but in the long run when you chase you are bound to be a loser as it is detrimental to your poker health.

This is an easy way to pick up a few chips – enough to cover your next big blind. While this is less important in No Limit Hold’em it’s VERY important in Limit Hold’em. By raising pre-flop from a late position after the previous opponents have mucked their hole cards, there is a decent chance that all the remaining players will also fold to your two-bet. You’ll win the blinds by default. Just be sure you have at least a mediocre starting hand in case one of the blinds happens to be dealt a decent hand and calls.

When I’m about to button steal the blinds and the cut-off seat beats me to it pic.twitter.com/swcfX0kX53

Everyone knows how important position is when playing poker, as you get to watch how opponents act before you have to decide how to play your hand. This by definition provides very valuable information. By raising, you hope to force out players behind you, leaving you in a better playing (and betting) position. With that said, be very careful if you try to 3-bet; only do this with a strong hand when you want to thin the field and thus give yourself a better chance of holding up until the showdown.

In my next column, we will continue along this path and elaborate upon a number of other “Rules of the Road for Poker Players.”