Profitable Poker Thinking: How I Went From Novice To Winner In Only One Year

Ed. note: Ashley’s nephew, J. Tucker Adams, has been on a poker journey. He has gone, over the space of a couple of years, from a casual and losing player to a focused player making a profit at the game. Ashley encouraged him to write about this journey, which we’re sharing with you below.

I’ve known how to play poker since I could count, but for one reason or another it was August of 2019 before I ever played in a tournament. It didn’t go great. While I did end up scoring a few decent cashes shortly after, I ended my first year playing poker with a distinct loss. Last year, 2020, was a different story. Playing about 10 hours a week of ~$40 single table 9-max tournaments, I started turning a regular monthly profit for the first time last April. As my second year of poker has now come to a close, I confirmed not just my second year as profitable, but my lifetime record also now has a positive balance. 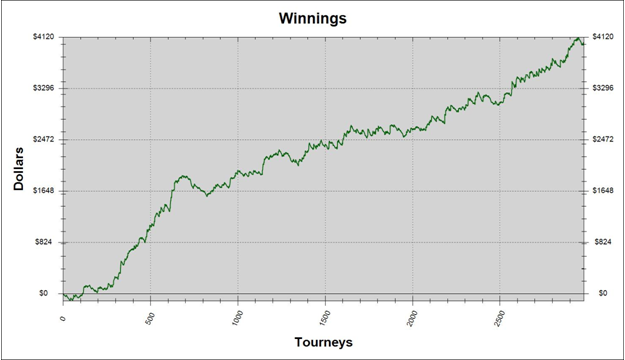 I’m not claiming to be a professional by any means. An extra couple hundred bucks a month — the kind of money you can win with the best betting app — is certainly welcome, but I’m nowhere close to quitting my day job. So far, it’s just been a hobby I’ve found an affinity for. Even so, my profitable record has grown consistent enough for me to wonder how I got from my first year’s bottom line to this one’s. After some reflection, I was able to identify four philosophies that were integral to moving my game from then to now. I’ve listed them below, as I believe that following these strategies can likely help others start out on the right foot down their path to becoming winning poker players.

Through research, I’ve found successful pro players are not just more skillful than losing players; they have also structured their lifestyle optimally so that they are successful at poker. If you want to recreate their profit in your game, then you ought to start by mimicking the rest of their habits, regardless of your stakes or opponents.

First, play within your means, take notes, and track your results meticulously. Money anxieties will only hurt your game, and you can’t evaluate your progress without accurate records. Then, determine what conditions allow you to play your best and diligently create those conditions before you sit down. Is eight hours of sleep crucial for you? Then stop playing on six! Do you think more clearly after exercising? Walk around the block before you start playing!

After experimenting with meditation, I’ve found that even just 10 minutes right before I play is enough to improve my game substantially, so I incorporate it as often as possible. When my body is healthy and my mind is disciplined, overcoming a tendency to c-bet too often becomes far less challenging. Find discipline away from the table, and it will follow you onto the felt.

Becoming a professional poker player requires thousands upon thousands of hands before you truly acquire mastery. If that sounds intimidating, now imagine you’re splitting all of those hands across six or seven different formats! If you want to get good quickly, pick someplace to start and specialize. I decided to begin my poker experience almost exclusively with small field, small buy-in, no limit Hold’em tournaments. Without worrying about the subtleties of cash games vs. tournaments or limit vs. no-limit, I’ve been able to dig deeper much faster.

You should still play other games if you enjoy them to keep things fun and prevent burnout, but with one specific format you focus on most, you stand a much better chance of getting the experience needed to learn your specialty inside and out, giving you a far more focused area to study. You can always branch out later.

Practice Away from the Table as Much as You Can

I work odd hours, so the time I have to play against real opponents is limited. To be honest, that may actually have worked to my advantage over the last couple of years. Poker has a hundred different aspects to it, and you can’t possibly work on all of them at once, let alone in the middle of a hand! Instead, I suggest that you take time away from the poker table to think about individual skills without any pressure.

For example, say you’re still struggling to track how much is in the pot. Find a poker show on the internet and stick a post-it note over the pot size portion of the screen, then track along with the hands as they play. If you’re about to experiment with a more aggressive preflop strategy, run drills until you can identify what you do with any given hand on sight. Beyond practice, absorb as much as you can. Read books, listen to podcasts, talk to fellow poker players, and consider signing up to a poker training site. The simplest explanation I can give for why I’ve gotten good at poker quickly is that I love the game and I engage with it to some level every day. Generally speaking, the more you engage, the faster you’ll learn.

Make Your Goal to Play the Game Well

Your main goal playing poker can say a lot about your mentality. Some play thinking primarily about generating a profit. Others play because they are seeking the thrill of pulling off a big bluff or getting their pocket aces paid. In my experience, the best way to set yourself up for success is to make your goal to play the game well. When I sit down to a hand, I work my hardest to ask myself what I did well and what I could have done better no matter the outcome. If my only concern was profit, I may win a hand and be satisfied that it was a good hand because it led me to my goal; profit. In this example, I may fail to identify that my turn bet sizing was far too big to be profitable in the long term, and I was lucky that my opponent made the mistake of calling with too weak a hand.

Variance in poker is a given, so it’s important to acknowledge that even plays that win a hand may not be winning plays in the long term. By focusing on the core mechanics of how you play the game of poker, you set yourself up long term to learn and grow. Success in poker is measured in dollars, so playing the game well ultimately leads to a profit anyway, and the thrills of winning will come and go regardless. Make your goals about long-term growth and your improvement over time should give you the best of all worlds.

Poker is hard enough without standing in your own way. If you’re not thinking about how you approach the game, there’s no telling how many bad habits could be holding you back. The four aforementioned philosophies have had a substantial impact on my game. Even if you master them all, they likely won’t make you the next Phil Ivey, but they may help you push your bottom line into the black. Get a healthy relationship with poker, and the money should follow. Good luck! 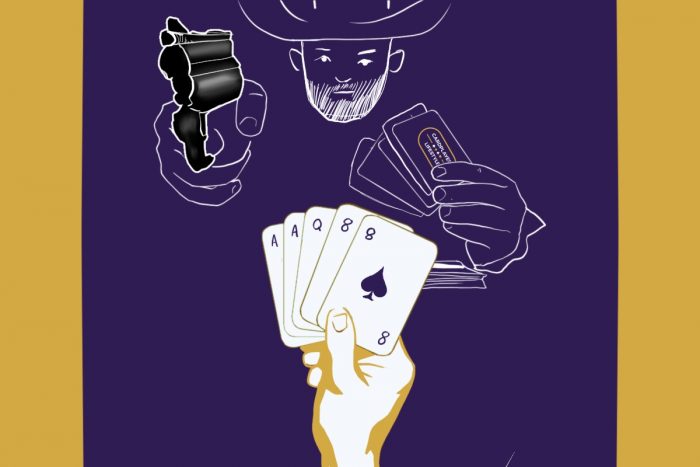 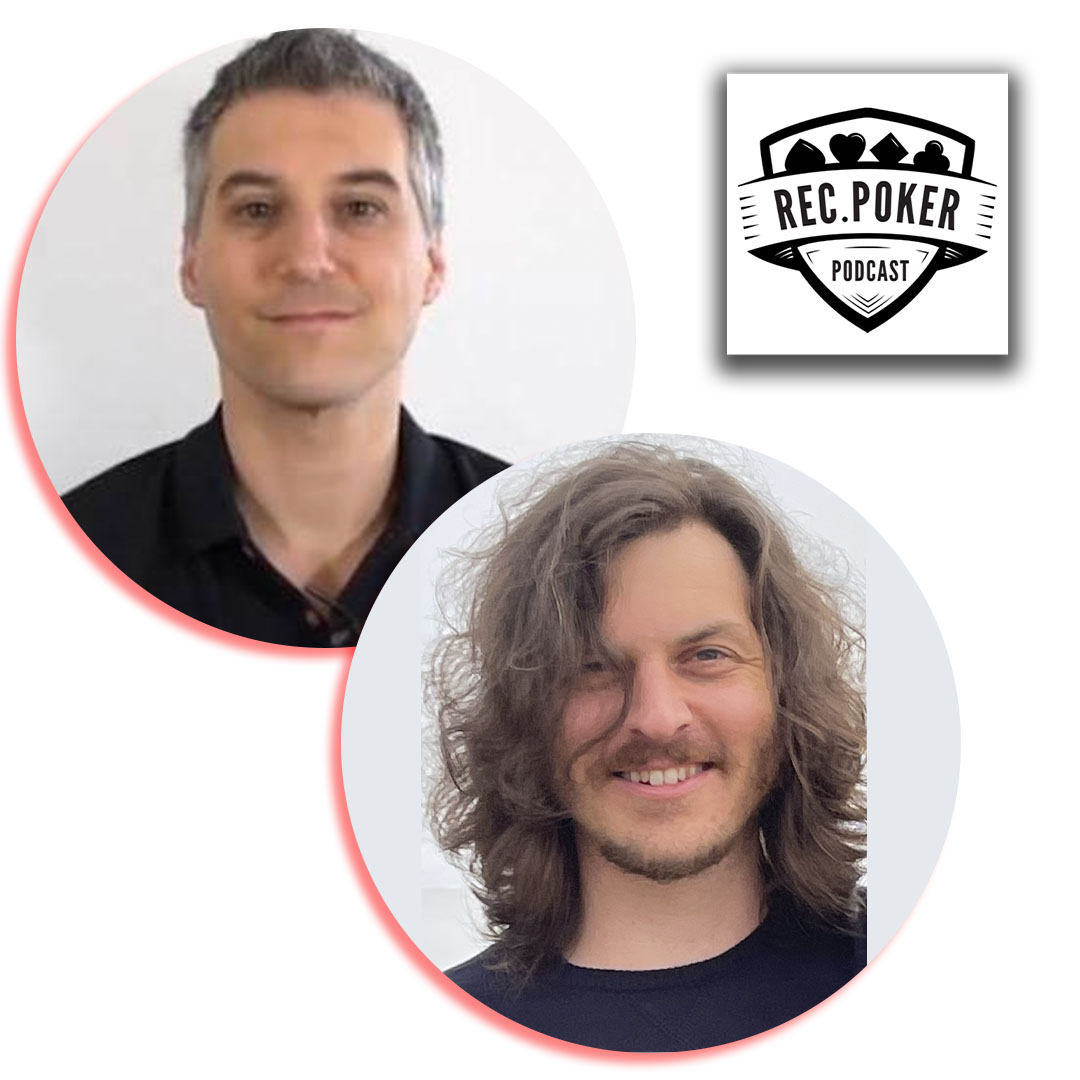