Home POKER NEWS Preview: The Orbit Episode #11 – It's All About the Money
POKER NEWS

Preview: The Orbit Episode #11 – It’s All About the Money

Episode #11 of The Orbit, poker’s premier roundtable discussion show that I host, was recorded on June 7, 2021 and is set to premiere in the coming days.

It’s said that money makes the world go round, and perhaps nowhere is this truer than in the POKER world. Money is the lubricant that facilitates the continued functioning of our industry’s ecology, and it is one of — if not THE — central barometer by which we measure players’ success.

So, the theme of episode #11 is Money in Poker and we gathered a great group of individuals to share their unique perspectives on a variety of money-related topics as pertains to poker. 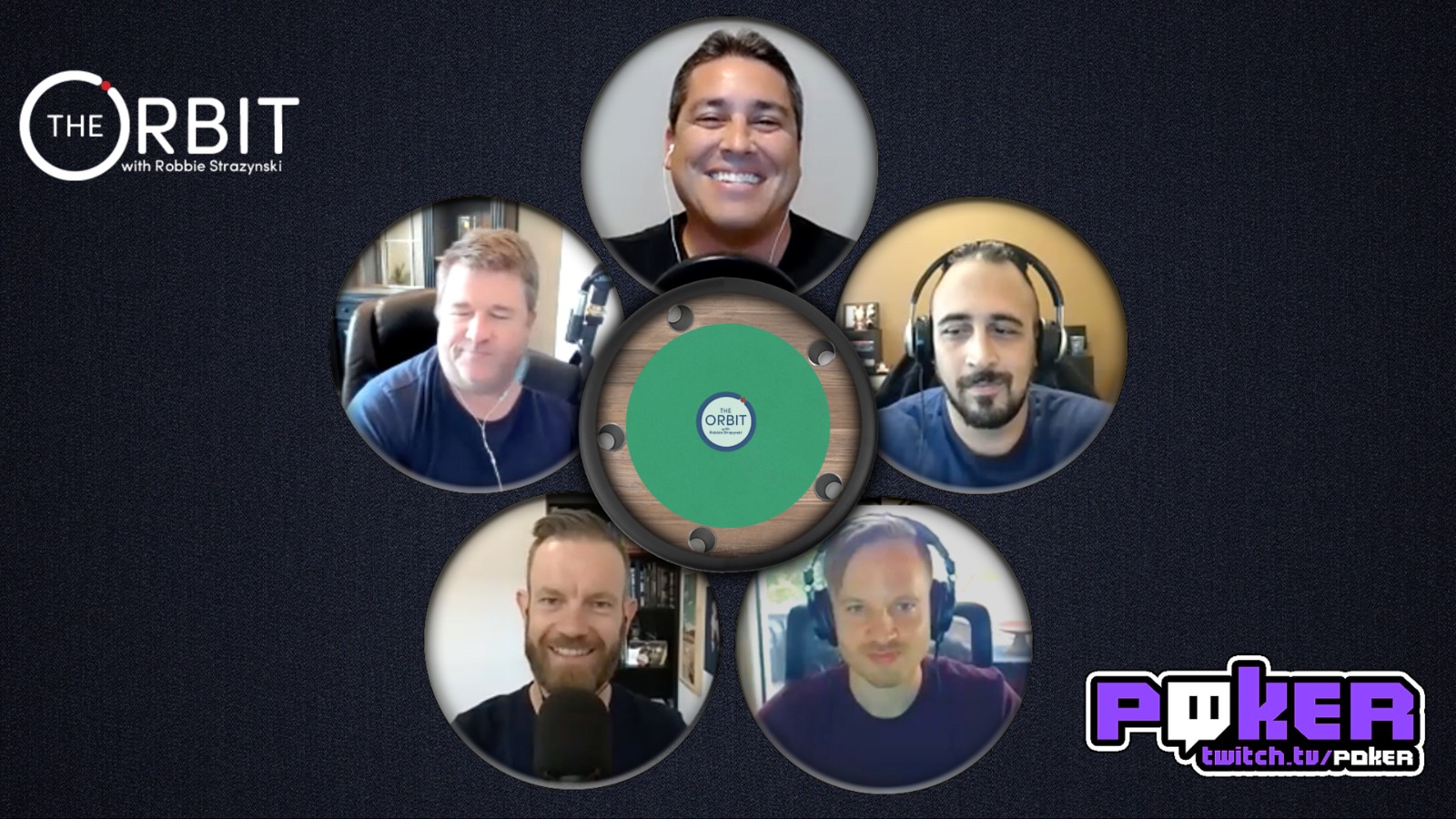 Affectionately known as The Poker Boss, Sean was the 2016 American Poker Award winner for Industry Person of the Year. Best known for being the Director of Poker Operations at Aria Hotel Resort and Casino in Las Vegas, over the last 20 years Sean has worked his way up to become one of poker’s top industry personalities.

A multi-time Global Poker Index Award winner, Remko is one of the best known and most experienced members of the poker media corps. Whether it’s writing, live reporting, video presenting, or hosting podcasts, Remko has done it all. He’s spent the last five years working for PokerGO, where he is currently the company’s Senior Media Manager.

The 2003 World Series of Poker Main Event Champion, Chris has been one of the top true ambassadors promoting our game to the masses over the last two decades. After representing PokerStars for the better part of his poker career, he now wears the patch for ACR. In 2019 Chris was inducted into the Poker Hall of Fame.

We start off the show trying to better understand the poker ecology. We ask the panelists, based on their personal experience, to share with us how they have witnessed money flow into and out of poker.

Then we get the panelists personal views on money. Obviously the goal of playing poker is to win all the money, yet, it’s also said that money is the root of all evil; it can also wreck lives. We also ask these longtime veterans of the poker world to what degree they think their perspectives are widely shared.

After a short break we move on to discuss “the all time money list” vs. “how much did you lose?” There seems to be quite the unspoken dichotomy among poker players, both professional and recreational… how can people have won so much, and yet also simultaneously owe money to others? We ask if we should perhaps be devising a better way to keep track, if only for the sake of transparency and the mainstream better understanding our industry better?

The last main topic of the show tackles “what to do with money, were it to enter the poker ecology?” Everyone on the panel, as well as in the audience, would love to see our industry grow bigger. Often, that means investing money. The panelists share their thoughts on how they’d ideally like to see more money being pulled into poker how they would like to see it invested to best benefit the industry.

Finally, we end of with a delightful lightning round in which each of the panelists shares some of their favorite stories about poker splurges. Be sure to stick around until the very end of the episode. I assure you that you won’t be disappointed with the amazing stories these panelists have to tell!