Poker players are of two types: recreational and pros. Poker guru Jonathan Little (“Your Poker Coach”) developed a chart comparing recreational players with “sharks.” (I assume he refers to the pros – players who depend on poker as a source of income.)

By far the vast majority of us are recreational poker players; we enjoy playing poker, the challenge and social interaction, and we love to win. Many of us don’t just play poker, but also other games that can be found in casinos like video poker or baccarat or perhaps a more social game like craps. Of course, poker and other casino games like these can also be found online at live casino Canada sites or others, but I digress.

In any event, Jonathan Little asks, “Which Type of Player Do You Choose to Be?” Rather than trying to answer his question, I will discuss the differences from my viewpoint as a recreational player…

It is only natural to fear the unknown. However, fearing the unknown causes both recreational players and sharks to hesitate when making what could be costly decisions. The sharks are better at dealing with it.

Recreational players seek the enjoyment (fun) of playing poker, sharks are more concerned with winning money. (They need that income.)

Recreational players are primarily concerned with winning chips. Sharks are willing to accept losses begrudgingly when they know they made the wisest decision. 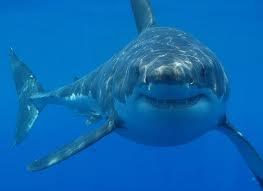 They may not admit it, but recreational players would rather be lucky than good. Sharks have long learned that, while they cannot control luck, their decisions and actions can influence luck in their favor. Recreational players often complain about their “bad luck” but, in reality, create their own bad luck by making worse decisions than their opponents.

Both understand that variance is bound to occur. But recreational players are more likely to go on tilt when variance doesn’t go their way.

Raising is essential to all players, but sharks are bound to be more adept at it. Recreational players and sharks both frequently raise.

Sharks are more likely to value bet on the river. Many recreational players do value bet, but they do so much less often. They are more cautious.

Many recreational players never bluff or do so rarely. Sharks play in higher-limit (or no-limit) games where the size of the bet is an effective weapon. To overcome that short-fall, some recreational players have turned to the Esther Bluff – using seemingly apparent confidence and a reverse tell as a substitute for the big raise.

READ ALSO: Poker Tips By George: The Squeeze Play and the Esther Bluff

Both types of players seek to improve their game over time. However, sharks are more serious about it and work harder at it. After all, they depend on winnings to support themselves and their families.

Among recreational players there are some novices just learning the basics. They seek to develop skills, learning poker strategies and tactics in hope of becoming winners. There are no novice players among the sharks.