Our Claude Pepper Seniors Poker Group in Los Angeles has been active for over 20 years. Every Friday afternoon, a group of elderly men and women come together to play poker at the Claude Pepper Senor Center in Los Angeles. Limit hold’em is the favorite; recently they added a new casino caliber table for Omaha.

On April 5, Larry Flynt’s Lucky Lady Casino in Gardena, California, hosted members and guests (aged 50+) to a unique limit hold’em tournament. Organizing and planning the event were Shirley Tye (co-Director of the Friday games) and Ron Ross (a great ragtime pianist). I also participated. Key members of the Lucky Lady’s management team present were Eugene Shinozaki and Aaron Dennis. It was Alan Ly, manager of Larry Flynt’s other casino, the Hustler, who started the ball rolling when he approached me while I was playing there a few months earlier. 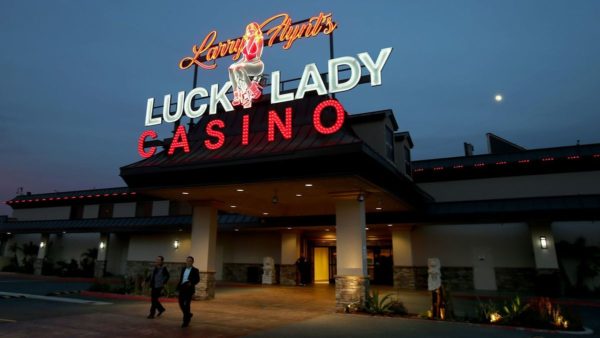 Registrants were treated to an elegant buffet luncheon before the tournament. Five tables were spread and the game got underway at 12:30 pm. It was a low buy-in limit hold’em game, ending at 5:30 pm. The winners were selected based on chip count. Top winner was my poker buddy, Byron Ziman (he has contributed to some of my poker columns in the past). Second was Richard B., one of the earliest members of the seniors poker group. I took 3rd place. In all, six cash prizes were awarded based on chip count. In addition, each of the top 10 players received non-cash prizes from the casino.

As a special bonus, players knocked out early were given the opportunity to play in a low-limit hold’em game with reduced casino rake. Everyone had a great time. Many stayed on after the tournament. 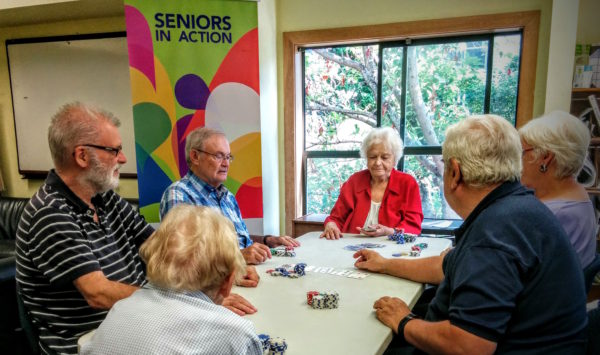 Image used for illustrative purposes only.

In 1991, after retiring from The Aerospace Corp. at age 65, I wanted to remain active. So, I continued serving on the Board of Directors of the (now global) Society for the Advancement of Material and Process Engineering. For recreation, playing poker would be my venue. I loved it – the excitement, the mental challenge, and social interaction.

Shortly after, I was invited by the Claude Pepper Senior Center to give a short talk about poker for seniors. Afterwards, the center director came over, shook my hand, and praised my talk. Then he dropped a “bomb” on me: “How would you like to start a poker group here at the senior center?” Wow! I jumped at the opportunity. After the OK from the Los Angeles City Dept. of Aging, the group began with just six members.

Once a week we met; I led a short Q&A on the game, followed by playing for prizes. The word got out; we publicized it at several local senior centers, supported by local newspapers. Then, I was invited to speak about the game at other senior centers. At the Culver City Senior Center, the hall was jammed full. Many of the attendees joined our poker group at the Claude Pepper Sr. Center. I was invited to give a special class at the Santa Monica City library, at a yacht club, at a local country club, and for elderly residents at the VA in West L.A. Membership in our Seniors Poker Group rapidly grew. We soon had over 200 members – evenly split between men and women.

It’s wonderful that even in our Golden years poker gives us all such a great activity to engage in. At the very least, it’s far more enjoyable than just sitting around reading about the Muller Report and Brexit all day. 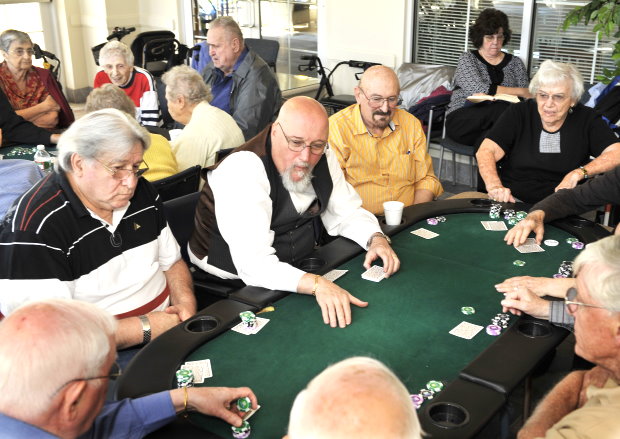 After the tournament, Shirley Tye had this to say while thanking the Lucky Lady Casino: “Everyone at the center is still talking about what a great time they had and looking forward to the next tournament.” Amen…