Home POKER OP-EDS Playing Online Poker on an International Site from the U.S.? Perhaps You Should Reconsider
POKER OP-EDS

Playing Online Poker on an International Site from the U.S.? Perhaps You Should Reconsider

There are a few things that happen when a new acquaintance or even a long-term friend learns that I write about the poker world for a living. After the initial “wow, that must be exciting” (it really isn’t, to be honest, but it does have its moments), the talk will normally circle around to the online game, which in the United States is in, at best, a state of disarray. If someone is particularly interested in playing poker online, they will eventually ask the question, “At what online site do you suggest I play?” 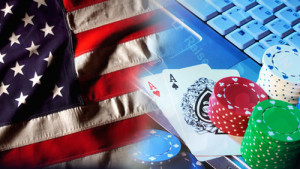 Since that dark day in April 2011 – Black Friday – this has been the question du jour as online players seek out that site that would replace the “Big Three.” Without PokerStars, Full Tilt Poker, and the CEREUS Network rooms (Ultimate Bet and Absolute Poker), American players were hoping that there would be some rooms that, like the “Big Three” following the passage of the Unlawful Internet Gaming Enforcement Act (UIGEA) in 2006, would thumb their noses at the U.S. government and continue to offer online poker to a ravenous audience. Some such online poker operators exist, which keep illegally accepting deposits from Americans. However, when someone asks me that question nowadays – “Where do I play?” – I firmly and succinctly just tell them not to play.

I have never had a problem with online poker. In fact, I became a poker journalist over 10 years ago. Without the online game, that might have lasted 10 months. For the last 10-plus years, I’ve enjoyed the online game immeasurably alongside playing live. If you want to talk about the “Wild West” during the Internet’s lifespan, however, online poker and gaming was truly that in its infancy. In addition to the online sites that provided the games, there was also an explosion of poker news and information sites that came about almost simultaneously. Prior to the birth of the online game, virtually the only poker publication in existence was Card Player Magazine and you actually had to go to a casino’s poker room to get it. Within months, those print publications and online poker news and information sites exploded. 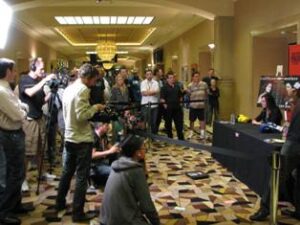 There were some problems with poker journalism that existed then and, even to this day, have their tentacles in the field. When it all began, the online poker news sites didn’t go the traditional routes when it came to raising revenues. Instead of having a sales and advertising department that “beat the street” to garner the normal advertising for the site (in gaming, it would have been casinos, gaming paraphernalia manufacturers, etc.), online poker news sites went the route of becoming affiliates for pretty much any online poker room that was in existence. By giving the readers of their sites an opportunity to sign up with these online poker operators through a convenient outlet (and offering very nice bonuses for doing so), the online poker news sites earned at the minimum tens of thousands of dollars from the rake that was generated by those players who signed up through their affiliate accounts. That money found its way into owners’ pockets and, to a lesser extent, those journalists who wrote for the sites.

Image captured from a related thread on the 2+2 forums

Therein was the main problem. Poker news sites and their journalists, given access to certain top players who were promoting online poker operators and other juicy segments of the poker community, became too close to what they were covering. In many cases, the “negative” stories about players would be quashed because they didn’t paint the players or the online poker operators that sponsored them in a positive light. In the most extreme cases, the policing of the online poker industry was nonexistent because the owners of online poker news sites weren’t going to bite the hands that fed them by even hinting that there could be issues with an online poker operator. This paved the way for online poker journalism suffering through the embarrassment of the Russ Hamilton/Ultimate Bet “Superuser” Scandal, the actions of Scott Tom et al. at Absolute Poker and various other significant occurrences over the past decade.

A Seismic Change in Poker Journalism

It wasn’t until “Black Friday” though, that there was a seismic change in poker journalism. After the crash of Full Tilt Poker – and the accusations from those in the poker community that the poker journalism field “should have done more” (this was a familiar refrain after the “Superuser” scandals as well) – some poker news sites actually were berthed that seemingly concentrated on just the “bad side” of the poker world. These sites concentrated on what might be considered the “dark side” of the game – the missteps of many of the professionals who make up the game today, the seedy side of the political controversy of the game, the deplorable way that certain online poker operators treat their customers (we’re looking at you, Lock Poker) and even the way that some of the most powerful sites in the game conduct their business. Regarding the latter subject, there’s been a tremendous change of heart with PokerStars, for example, which has shed sponsored players and key bonus programs for players as well as, most recently, making drastic changes to the way it works with affiliate partners. There are sites that try to cover the entirety of the game – both the good and the bad news – but it seems that those that “stir the pot” get the most attention. What was true then is still true now though; affiliate revenue still drives the online poker news sites and, thus, poker journalism today, for the most part. 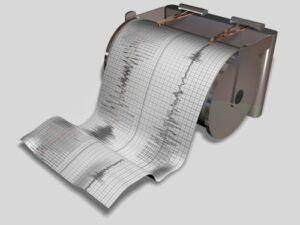 A Seismograph (for those of you not from Southern California)

Why Would an American Still Play on an Unregulated Online Poker Site?

This all brings us back to the original question: what online poker room do I play at from within the United States? As a poker journalist, I’ve seen the entirety of the poker world over the past decade-plus. I’ve seen the good that it can bring to people and organizations and I’ve seen the bad in the lives that it has decimated. It has all given me the clear answer to that vexing question. 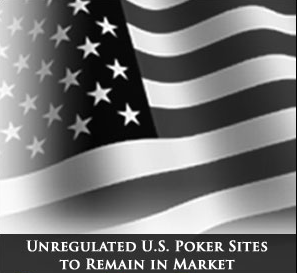 Unless you live in one of the regulated states (Nevada, New Jersey, or Delaware), there is NO ONLINE POKER SITE THAT I CAN SUGGEST FOR YOU IF YOU LIVE IN THE U.S.

Taking part in the festivities at an international online poker site not only exposes you to the form of gambling that is poker but also exposes you to playing roulette on a wheel you aren’t spinning. These rooms, while legally able to operate, are held to no level of regulation other than “we said it so you should believe it.” If everyone remembers, Full Tilt Poker once said that “all players’ funds are safe”. Roughly six months after Black Friday, their operations were shut down after evidence showed that the players’ funds were far from safe.

The same thing is now occurring with Lock Poker. After having not paid out any withdrawals for more than two years, Lock Poker finally shut its doors in April owing the players an estimated $10-$15 million to its international customers. Until the day it shut its doors, however, PLAYERS WERE STILL DEPOSITING ON THE SITE! The next online poker operation that the industry is looking at is the Merge Gaming Network, which seems to have some delays (anywhere from 4–5 months; the site says they cash out in 3–5 weeks) that they say are caused by “heavy action following the Super Bowl.” America’s Cardroom has been leveled with accusations that they have encouraged customers to lie to their banks regarding transactions. Even Bovada has had reports that checks sent from the operator have been rejected by banks once players try to deposit them.

Any knowledgeable poker journalist (or any other person who has been involved with the industry for more than a New York minute) who would suggest a non-regulated online poker room to an American player should immediately be stripped of their job. It is irresponsible to suggest to people that, despite all the evidence to the contrary, everything is fine and dandy (I am reminded of the scene from the classic film “Animal House” where Kevin Bacon is standing in the middle of a full-out riot screaming “ALL IS WELL!” before being trampled by a mob). It is irresponsible to continue to send people to online poker rooms that may be poorly run, at the minimum, or engaged in criminal activity (like Lock Poker; to knowingly continue to take deposits when you know you’re going belly-up is fraud at the very least). While I am all for caveat emptor, it is irresponsible to try to draw people to yet another operator that may abscond with players’ money. Besides, if you are a true poker player, you ought not be worried about how to get your money deposited with a site, but rather with how to ensure timely and proper withdrawals!

If you are located anywhere outside of the United States where online poker is regulated, I think it’s great that you can still play the game and I would encourage you to do so, as such regulation has made it a safe activity. Online poker has proven to be the great melting pot for our next generation of players (for better or worse, but that’s a question for another time) and it will continue to be as well. In the United States, however, we’re just going to have to wait for our state governments – or maybe (GASP!) the federal government – to regulate and license the games because, frankly, as it is right now, there isn’t an international online poker site that can be trusted. Thus, that will be my answer the next time someone asks the question of where to play poker online from the U.S.

Disclaimer: The opinions expressed in this op-ed are solely attributed to the author and may not necessarily reflect the views of the publisher.