Only If You Bring Them (Poker Players) Will They Come

A couple days ago, my friend (and Cardplayer Lifestyle contributor) Jennifer Newell wrote up an event recap for PokerUpdate.com about the first ever PokerStars Live Festival that took place last week in New Jersey. Her article took a position that “players failed poker”. In other words, while the event itself was designed to be successful and was certainly enjoyable for all who participated, plainly speaking not enough players showed up. 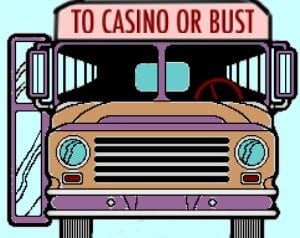 After reading Jennifer’s article, I couldn’t help but think back to Jason Somerville‘s RunItUp event at Resorts Atlantic City back in May. PokerStars jumped on board to support the initiative and there was certainly a lot of social media buzz surrounding it at the time. During the buildup to the event, it struck me that – buzz notwithstanding – the live event couldn’t be considered a total success unless enough players showed up.

I love promoting poker and it excites me when live events are well attended. As such, I took it upon myself at the time to send an email to a PokerStars official with some unsolicited recommendations that I thought would help the effort.

Much like the May event, last week’s PokerStars Live Festival in New Jersey certainly had its high notes. Somerville’s appeal was once again magical, but even with that, Team Pros out in full force, and plenty of StarsFun activities, attendance figures were low. Post-event, PokerStars Department Head of Live Event Operations Neil Johnson admitted that the company had some learning to do.

When you’re trying to promote online gambling, you benefit in that all you need potential players to do is make a few clicks. Whether it’s signing up for an account online, claiming the best casino bonuses, or spreading a great deposit offer via sharing on social media, there’s minimal physical exertion required of the target audience. When it comes to promoting live gambling, however, you need potential players to actually get up and leave their homes in order to make their way to the casinos.

Atlantic City isn’t a major city, but it’s close to a couple very large population centers, in New York City and Philadelphia. Casino resorts based in Atlantic City long ago understood that to fill the casino floors with gamblers, they had to help them get there in the first place. The same is true of casinos located on off-the-beaten-path Indian reservations and other harder-to-reach locales. Only if you bring them, will they come.

Bring ’em By The Busload!

Below is an edited-down version of the letter I sent to the PokerStars official back in April. My recommendations were received but not implemented.

One of the “issues with Atlantic City” has always been “getting people there in the first place”, right? That’s why, for years, all the casinos have invested in buses from Philly and NYC to shlep the people from neighboring states – the big cities with the major populations.

If I, as a poker fan/recreational player, lived in NYC or Philly and was offered a free roundtrip bus pass to Resorts AC for the day to go and play poker with famous pros, I’d snap it up in a heartbeat….and probably tell all my poker buddies about it.

I have no idea how Stars’ budgets work and obviously I’m not a professional expert on these sorts of things, but I’m just feeling, that as a fan, if you BRING them, the players will come….3-5 buses from each city, leaving early enough in the morning to get there on time… that’s potentially 300-500 extra physical bodies who you have as a captive audience.

If the message you impart to them is that of 1) it’s fun to play on PokerStars and 2) You guys don’t even have to come all the way to Atlantic City next time you want to play, just hop over the border to your favorite coffee shop/friend’s house, etc. in N. or W. Jersey… then I think you could get some pretty good long-term return on the investment.

Do you think my idea would work? Could you envision a scene of 10 PokerStars buses pulling up to Resorts Atlantic City, and instantly filling up their poker room? If you support the idea, then by all means please spread the word. If you feel it could be improved, comment below or on our Facebook page with your suggestions.