The talk about poker being dead or dying has been raging on forums and some of the poker media outlets for a while now. Many people seem to be of the opinion that online poker as we have learned to love simply didn’t exist anymore. Looking at some of the available information, it isn’t hard to see where they’re coming from. But, instead of just complaining about it, wouldn’t it be better to actually try and do something to give it a new life?

When the idea of Online Poker League first appeared, it was clear right from the get-go this was a concept that could make poker fun to play again. Of course, it wasn’t a major revolution that would change the face of poker forever, but it was a significant step in the right direction. Since its first season until today (the sixth season), Online Poker League has proven to be exactly what the doctor ordered, as more and more players have flocked to the tables to compete for their share of nice prizes and the glory.

What’s Online Poker League All About?

The underlying idea of OPL isn’t that complicated: a bunch of tournaments played across a number of different online poker rooms, using a league scoring system. Players with the most points at the end of each season walk away with prizes for their efforts.

However, what was a bit trickier is setting up all these tournaments across different rooms. That’s the part for which the organizers, PokerTube, PokerVIP, and their sister sites certainly deserve acknowledgement and respect.

Setting up a full schedule of tournaments across a dozen or so rooms is not a small undertaking on its own. Keeping track of all the players and their results across all these tournaments also takes that challenge to a whole new level. If you’ve ever worked in the poker industry, you probably know that pulling all this information from a variety of sources is no walk in the park.

It’s tough to say anything bad about the concept: it brings new players to the game, it’s loads of fun, and, there is plenty of added money to be won, so it doesn’t matter if you just play for fun or if you are a more serious poker player.

To be able to register for OPL events, players need to either have an old account created via PokerTube or PokerVIP on these rooms, or create a new one (if they don’t have one already, of course), using the link from these two or other partner sites like WeakTight, Pokerhand.org, High Stakes Database, or Poker.org.

Another great thing about Online Poker League is that it’s accessible to everyone. The first season featured mostly $5 tournaments, with a few freerolls thrown in the mix. Not much has changed since, and those looking to play can still get their seat for as low as $5 per tournament. With that said, OPL has also branched out to introduce some “high roller” events with buy-ins of around $/€30 and double points earning opportunities.

One important thing to know about these tournaments is that nearly all of them feature a lot of added cash. Every event comes with at least $300-$400 added on top of the regular prizes generated by the buy-ins, and “high rollers” usually feature $/€1,000 added. Across dozens of events played every season, that’s thousands in added value, which is simply too good to pass up, even looking from a strictly professional perspective.

On top of all this, those finishing high in the league leaderboard, by accumulating the most points during the season, win additional prizes. For the currently running season, for example, the winner will receive a €2,000 Unibet Open package and a lot of tournament tickets and free cash across the OPL rooms. The total value of the first place prize is $3,250. The runner-up will receive $1,850 worth of cash and tournament tickets, etc.

All in all, there’s $25,000 in prizes being given out across Online Poker League, which is quite a lot of cash considering the buy-ins.

Why Is Online Poker League Good for Poker?

The reason why poker became such a huge hit after the big 2003 WSOP win by Chris Moneymaker was that everybody thought they could beat the game, rake in a lot of cash, and become poker-made millionaires. However, since then, the climate has changed a lot. Some have succeeded in poker, no doubt, but for others, the game has become stale and boring. With so many silent grinders just looking to earn their hourlies, there is little incentive for average Joe to sit down and play.

Check out our interview with Chris Moneymaker

Online Poker League has brought back the competitive elements and created an atmosphere of fun and familiarity at the tables for low-stakes players in particular. After playing many tournaments together, players start chatting with each other, having fun, and bantering back and forth. Players even have a dedicated forum, which enhances the “community appeal”.

You can totally imagine a casual player running into an OPL event and saying, “Hey, this is so much fun, I want in.” This will hardly happen with any random big (or even small) tournament online. So, OPL focuses on the fun side of poker, and in my opinion that’s the only side that can incentivize casual players looking to blow off some steam after a long day at the office. 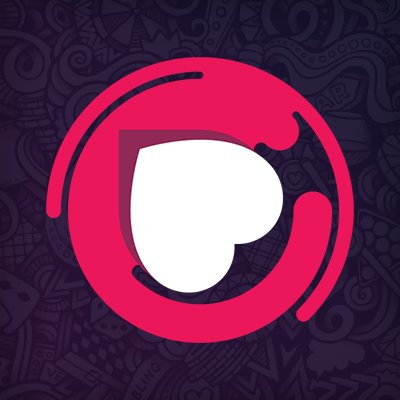 If you’re just curious to rail some of the action going on, note that all tournaments are being streamed on spraggy’s Twitch channel. This naturally creates even more visibility for the league and will likely bring even more players to the tables.

I’m certain there are those who can find bad things to say about OPL as well; of course it isn’t perfect. But, the bottom line is, that the idea behind Online Poker League works as intended, as it creates buzz among the players and helps bring them to the tables.

Plus, with $25,000 in prizes up for grabs, it’s a concept that practically sells itself.