National Football League players are widely recognized for their impeccable performance on the field. Becoming a professional football player requires a lot of hard work, dedication, and sacrifice. However, this doesn’t mean that NFL stars don’t have fun during their downtime.

Among top NFL players, past and present, there are a number of them who enjoy playing poker as a pastime, or even more seriously. To point, a number of football stars have competed in marquee poker tournaments and have seen some time under the lights at televised tables.

Here are some of the more well known NFL stars who like playing poker in their free time. 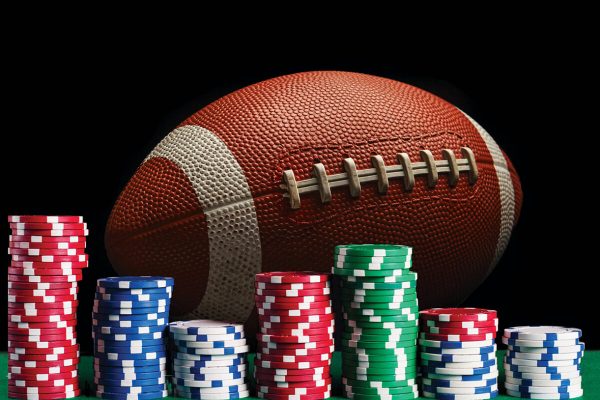 Watkins started his NFL journey after being drafted by the Buffalo Bills, and since then he has changed jerseys a couple of times, playing for the Los Angeles Rams and Kansas City Chiefs.

However, outside football, he is also very passionate about poker. In fact, he loves playing poker to the extent that he got into some professional trouble. One time, instead of showing up at a team meeting and discussing strategies, he was spending time playing poker in North Carolina with his college friends.

He goofed by sharing the good times on social media, but his love for the game of poker cannot be in doubt.

Emmitt is a former professional American Football player who had a very successful career. He played for the Dallas Cowboys for 12 years and then moved on to play for the Arizona Cardinals for his last two seasons. Throughout his career, he managed to win 3 Super Bowl Championships and in one of them he was named MVP.

Unlike Sammy, he started his poker journey after he retired from the NFL. He has chosen poker as something that he loves to do for leisure but on a very high level.

Having earned plenty of money from his incredible career on the gridiron, Smith has some spare cash to play poker. On top of that, he is not camera shy which made him a featured participant in several major poker events.

@InSportsFnd What night, I played charity poker with many celebrities came in 2nd lost to NFL HOFer Emmitt Smith. pic.twitter.com/fFt1yC4YYX

Here we have another former NFL star who played as a defensive tackle for the New England Patriots and the Oakland Raiders. He has also built quite a name for himself in the NFL circle winning 3 Super Bowl Championships and playing in 7 Pro Bowls.

However, football isn’t the only thing that he’s got a talent for. He also loves playing poker to the degree that it has practically become his second career, albeit as a recreational player. Now described as the “Gentle giant” the 6”6 retired NFL athlete spends most of his free time playing poker including in major tournaments.

To be sure, Seymour doesn’t just play; he succeeds at the felt, too! He has won a considerable amount of money in tournaments ($645,000), but of course that doesn’t come close to his $90 million career earnings in the NFL.

Poker and football both require a very strong mental game. It’s thus no surprise that many professional athletes find pleasure and success at the poker felt, and enjoy playing poker in their free time.

Additionally, successful athletes are in the fortunate position to have plenty of disposable income and thus play for relatively high stakes, which could come with even higher rewards. Nice life, eh?