The legalization of online gambling is the outcome of a protracted campaign by iGaming supporters to emerge from the shadows of the unregulated sector and increase tax income for Michigan. Additionally, the concept of responsible gaming is the foundation of Michigan’s gaming industry, the casinos, the regulatory bodies, and even industry-related websites, such as iGaming MI, it is committed to lowering gambling risks via innovation, education, and better safety measures. Let’s find out how online gaming became legal in Michigan and who led the charge. 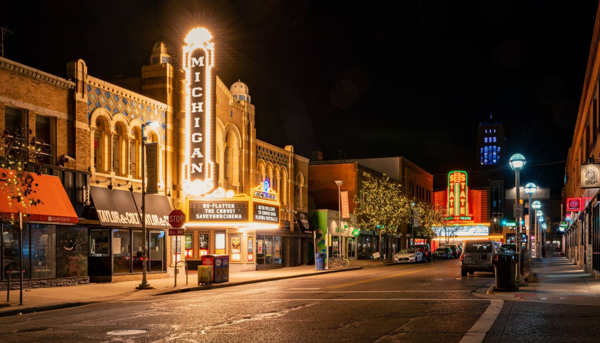 In December 2016, Sen. Mike Kowall, a Republican, introduced a measure in Michigan in April to legalize online casinos. The legislation made it possible for commercial and tribal casinos to provide internet gambling. In the end, the bill was abandoned by the Senate.

Early in 2017, Kowall was back at it, and in the early spring, released changes to his bill. In September, Republican Rep. Brandt Iden’s legislation made its way to the House. In December, the House Regulatory Reform Committee approved Iden’s legislation.

In the autumn of 2018, when lawmakers returned to Lansing, the measure was taken up, and just a few days before Christmas, the Senate approved it. Governor Rick Snyder, a Republican, finally had it on his desk. Snyder’s decision to veto the bill shocked many, he expressed worries that it would have an impact on the iLottery and the state’s School Aid Fund.

In 2019, in addition to reviving the Lawful Internet Gaming Act, Iden resumed the campaign in March 2019 by supporting the Lawful Sports Sports Betting Act. Both proposals passed the House in late October. On December 11, the gambling expansion bill was passed by the Senate. A little more than a week later, Whitmer signed it.

In 2020, several casinos had in-person sportsbooks that were prepared to launch for the MGCB’s projected March 2020 launch date. Of course, we all know what occurred next: a pandemic struck the whole planet, prompting several temporary closures, including in the gaming industry in Michigan.

The MGCB scheduled game providers to launch their online betting platforms on January 22, 2021, and happily, no obstacles stood in the way of that deadline. Today, players can access a variety of reputable, comprehensive casinos and sportsbooks online from both their home PCs and mobile devices.

A short time after the legislation was approved, DraftKings Casino MI entered the state’s regulated market. DraftKings has established a business in Michigan in collaboration with Bay Mills Resort & Casino, providing a fully legal and regulated online gaming platform. Despite not having as many games available as some other operators, the operator’s loyalty program and interesting promos make playing here worthwhile and fun.

With the introduction of a collaboration between Rush Street Interactive and the Little River Casino Resort, BetRivers was created in June 2020. It launched its online casino in Michigan on an inaugural day, January 22nd, 2021. The site also offers a Michigan-based sportsbook. Despite not being the biggest or most established operator, BetRivers has successfully joined the online gambling market of Michigan.

The website launched on January 22nd of 2021, joining the thriving iGaming industry in the Wolverine State. The online gambling and sports betting business Roar Digital, a collaboration between MGM and Entain (formerly GVC), the proprietor of partypoker, brings BetMGM to the players of Michigan. BetMGM has stiff competition but they offer a lot of distinctive features that draw players in.