Match Poker World Cup Brings Together Best of the Best, with Cash Prizes Up for Grabs 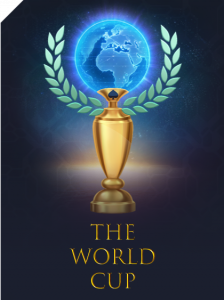 The World Cup playoffs run Dec. 3-4 with the finals set for Dec. 10-11. For American players, those dates are Dec. 2-3 for the playoffs and Dec. 9-10 for the finals. The event brings some real international competition as players battle for bragging rights. Eligible players of all levels have the chance to represent their country and determine the best Match Poker player in the world.

What is Match Poker?

Match Poker is a bit different than a traditional online poker platform. The game gauges where a player stands by having competitors play the same hands across the platform. Players can work on their skills by comparing their own play and decisions to others around the world who have played the exact same hand.

When playing, you’re not just competing against the players at your table, but against players seated at other tables in the same seat as you. All players in that seat are dealt the same two “hole” cards and see the same flop, turn, and river. The game has found a growing and dedicated group of players since launching in February.

“The app is going great,” Match Poker Online head of customer relations Jake Colman tells Cardplayer Lifestyle. “We’re amazed at just how much players are loving the game. We have some players who have played over 800 matches in the eight months since we launched.

“Given that matches can last 45 minutes, this shows an incredibly dedicated community. Many of those players have reached the upper echelons of our ranking system – either by being amazing or by improving their skill to that level – and will soon be rewarded with a shot at being world champion!”

How to Qualify & What’s on the Line

Grabbing a spot in the World Cup means a player has put in some real time at the tables. To be eligible, players must have achieved at least one of the following by Nov. 27:

As of early November, there were about 400 players eligible for the World Cup, but qualifying is still underway. The game’s developers have always hoped to move beyond being just a traditional gaming/poker app. The World Cup is the first step in that process.

“From the start, we’ve wanted to be much more than an app, we’ve wanted to be a sport – albeit one that is played via an app,” Colman says. “Being a sport involves holding championship events, world cups, and other big events to determine the best players in the sport. So, this is the first time we are offering the pinnacle of our sport.”

Each competition features playoffs and finals for players at various rating tiers using Match Poker Online’s new Triple Battle format. This involves competing in one battle royale each hour for three consecutive hours. Matches last about 30-45 minutes and the top 36 players advance to the finals.

The winner in the Ruby division, the top tier, is named overall World Cup champion and wins the largest cash prize. Those at other player tiers also have a shot at some of the $2,000 on the line. Here’s a look at the payouts for each tier.

More Features & Events in the Works

Besides launching the first major Match Poker tournament series, company officials are expanding even more on the app soon. That includes additional analytics, substantially increasing from two key statistics to 12. Players can expect to find new statistics like:

“Each statistic tells the player where they are, and where they should be,” Colman says.

More country-specific events are also on the horizon in the coming year. Players will soon be able to create their own poker club and host their own competitions and tournaments. As more players become accustomed with the app and jump into the player pool, Colman notes, their input has been key in adding features to the app. 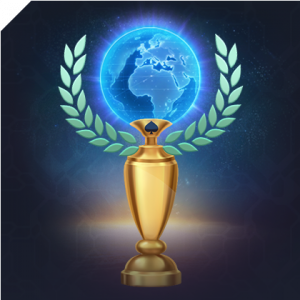 “We have players sending us feedback all the time that they love certain aspects – and it’s different each time,” he says. “We’re finding people all over the world really appreciating the emphasis we put on skill and how their results reflect skill, rather than luck. Others love the statistics we provide, and we’re excited that we’re going to be adding in new stats on how each player is performing, which are unique to our app and also free for all players for the next few months.”

“Eventually, because they are such important stats, players will be able to buy a subscription that will give them access to even more advanced information.”

As the third highest-ranked player on Match Poker Online, Peter-John Rodriguez is certainly a regular on the app. The 36-year-old player from Barbados has put in hundreds of hours and finds the platform a different experience than other online poker options.

“It’s unique, as you’re not really playing against the players on your table,” he says. “You play the cards and must develop strategies to get the most out of every hand. I enjoy it, especially when the scores are tight and game time is running out. It becomes a race to the top before each level where a player is being knocked out.”

Since the COVID pandemic, and with a new son at home, getting out for live poker hasn’t been easy for Rodriguez. Match Poker fills the void and qualifying for the World Cup is an added bonus.

“It’s exciting and I’m looking forward to it,” he says of his upcoming Cup appearance. “I expect it to be very competitive, as everyone will want to do well.”