Jason Somerville recently appeared on CNBC to discuss online poker regulation in California. If you listen to the average online poker supporter, you would think his appearance was one of the greatest moments ever.

While Somerville made some great points in support of online poker, there are some who criticized the performance due to his overall appearance. One has to wonder how his appearance impacted the mindset of some viewers, especially considering the general mindset of the American populace during this election season.

I didn’t find out about Somerville’s interview until later in the day on Tuesday when I saw various posts on Facebook and Twitter.

When I first saw the preview picture for the video, my initial reaction was “please don’t tell me he went on national TV to talk about online poker dressed like that.”

I’m not saying that Somerville needed to go on CNBC wearing a suit and tie, but put on a nice shirt and at least comb your hair or wear a hat. That would have been a great time to wear a PokerStars hat.

Doug Polk addressed this issue on his latest PolkerNews segment on YouTube. He said, “Frankly, I’m having a hard time seeing going onto any kind of news show and not being dressed completely professionally”, and then he started postulating as to why Somerville may have done so.

Polk argued that Somerville may have not have gone to the extra effort to look professional on CNBC because of his fan base and that dressing up for a news program might’ve seemed like he was “selling out.”

Was Somerville “selling out” when he took the following picture for PokerStars? 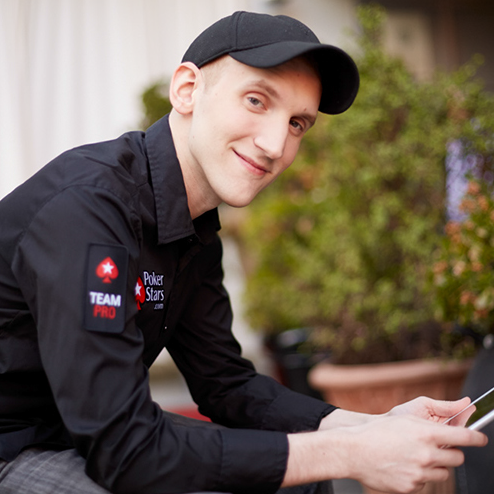 Personally, I am of the opinion that you should dress at least business casual when going onto national TV. If you have some advance knowledge, you probably should also get a haircut or do something with your hair to where it isn’t sticking out or looking like you just rolled out of bed. When all else fails, wear a hat.

Had Somerville gone on to CNBC dressed like he was for the above PokerStars photo, chances are that few people would have criticized him. Nobody would’ve accused him of “selling out.” Instead, people would appreciate that he would have been going the extra mile to grow a product and help his fan base.

There are so many times in life that we go out of our way to make a good first impression. Examples include job interviews or meeting your significant other’s parents for the first time.

This segment on CNBC was likely the first time that many Americans had heard about online poker regulation in California or anywhere in the United States.

On one side you had a pastor who was professionally dressed and on the other you had someone that looked like a random guy they pulled out of a casino. Without hearing a word, who is the person you’re going to view favorably?

Yes, for many Americans the pastor is going to get the favorable nod because he went through the effort to look professional. It didn’t matter that his facts were either blatantly wrong or outdated. He looked and sounded professional and that’s what is going to make an impression.

Is this judging a book by its cover? Absolutely. Unfortunately, there are too many Americans who have this mentality.

Many in the poker community are hailing Somerville’s appearance as amazing. I don’t argue that he made great points regarding online poker regulation. Everything from Daily Fantasy Sports to mobile slots are regulated around the world and yet most U.S. citizens cannot play regulated online poker.

My issue, and an opinion shared by many others, is how he appeared. He came onto a national news program dressed like he was going to play in Day 1 of the WSOP Main Event or on Poker Night in America.

While showing up looking like you just rolled out of bed works on those shows, this wasn’t a poker program. This was a national news program that people tune in to for serious and professional discussion. 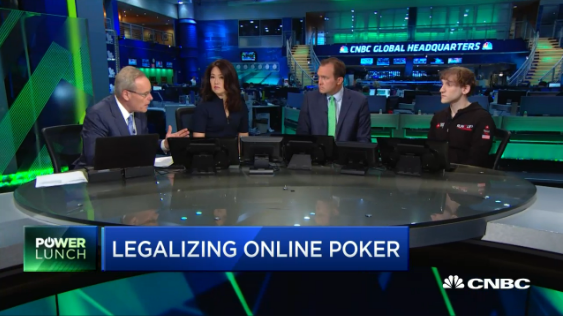 For better or worse, Somerville will be judged on his appearance. If you don’t believe so, just look at the mentality of the average American voter today. They don’t care about facts as much as they do about presentation and spectacle. As the old Andre Agassi Canon commercial made clear, “image is everything”.

While Somerville threw in a great “let’s make online poker great again” tagline at the end, there were many viewers who had likely already tuned him out because they couldn’t get by his bedhead.