How to Look Like a Poker Ace…and Be One

There’s a common phrase within the gaming fraternity that states: “I look sharp so I feel sharp”. It’s a logical extension from the ‘smart dress, smart mind’ motto adapted in many business places across a range of industries and, like all clichés, has some basis in truth. Feeling fresh and clear-headed does not guarantee success, but it does increase the likelihood of victory.

There is no reason to treat your online ventures with any less seriousness than a visit to a real casino. You wouldn’t dream of turning up to a genuine gaming arena in your sweats with a serious case of bed-head-hair, so why log on in a state of foggy mindedness. When it comes to beating the house, every little advantage is crucial. 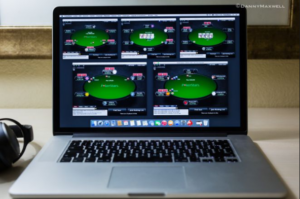 Many people supplement their income by playing online. For some, in fact, it is their chief method of earning. There are many risks in relying on this method to generate income but the rewards can be great. Just think about the possibility of deciding your own hours, playing the games you love and even having the potential opportunity to travel to tournaments.

These perks, plus the glamorous connotations associated with professional gaming, certainly make the idea appealing. For most however, reality dictates that the nearest they will get to that life is the occasional big win and, until that moment comes, bluffing will have to do.

Getting freshly suited and booted for some online bingo is probably a tad excessive, but at the core of the theory lies some sound logic. For the serious gamer, image is everything. The pursuit of choice for players is, more often than not, poker. Following the same tips and adopting the same attitudes as the pros can help you look and play the part. An intimidating image whilst playing has a tendency to encourage other players to fold early, doing the hard work for you.

On a fundamental level, a professional player is a businessman and therefore understands the necessity of playing with the sole purpose of maximizing their income. The income from playing is diverse and dependent on the skill, financial means, determination and luck of the player. Basic poker skills are not enough to succeed. Instead it is advisable to calculate and play the game that gives you the highest hourly rate. This is determined, typically, by three factors. First, there is the skill of the player in comparison to the opponents, then you need to consider the number of hands and tables you can play. Thirdly, there is the rake or time charge to think about before finally taking into account the variance involved.

Playing in fast, loose games against comparatively disinterested opponents represents the best chance of making money. The advantage of playing online is evident when considering the number of hands you wish to play as Internet casinos offer the chance of multiple tables at once.

As well as several dos, there are also a number of don’ts that need to be observed as you become a fully-fledged card ace. Firstly, when playing Texas Hold’em, avoid placing too much value in pocket pairs; a common mistake among amateur players that is often a result of watching televised tournaments. Though the pros may seem to be placing large raises with such hands, the tournament circumstances may be that they need to steal the big blinds to stay in the game, an unlikely scenario in amateur encounters.

Just remember, playing cards as a pro requires all the practice and dedication of a sports star, with even less guarantees of success.