Home POKER OP-EDS How Important is it for Poker Players to Listen to the Advice of Experts?
POKER OP-EDS

How Important is it for Poker Players to Listen to the Advice of Experts?

People who have been playing poker for a while can easily start to think that they know everything already. Maybe you are of that mindset, believing that because you’ve won a few tournaments you are the best player you can be. But, if that’s the case, why aren’t you rubbing shoulders with the big boys in high roller events around the worldr? Why haven’t you earned a place on the all-time money list?

The fact of the matter is that, if you want to take your game to the next level, you’re going to have to start listening to the advice of experts when it comes to poker tips and strategy.

If you look at the top poker players in the world, very few of them are trailblazers who have found a unique way of playing the game that nobody else had thought of before. They are all following in the footsteps of those who came first. Even Daniel Negreanu has famously taken advice from experts and retooled his game. Back in the day, players like Johnny Moss and Doyle Brunson were winning WSOP Main Events without expert help, but that’s because they were literally pioneers of the game and had to figure out how to beat poker on their own. Nowadays, there are so many experienced poker players out there that there are tons of successful ones to learn from. 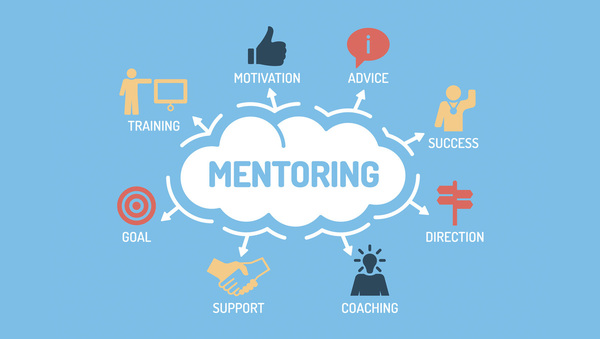 This is the case in any profession, not just in the world of poker. The most successful people in the world follow a path that has already been forged by other high achievers. Many people do this through modeling, a psychological technique that allows the modeler to achieve a similar level of success to the person they are trying to be like. It’s simply a case of doing everything the same as the mentor, as if following the recipe to bake a cake.

Poker players can use this method to try to replicate what the best in the business have achieved. You could choose your favorite poker player and study how they got to where they are. The more aspects of their life story that you can copy, the higher chance you have of emulating their success. The most successful ones, however, tend to be those who take bits and pieces from every successful player and mix those strategies and styles in with their own to create something unique.

If you’ve hit a stage in your poker career at which you think there is no more room for improvement, one way to break through to the next level could be to hire an instructor. Having an expert objectively analyze what you are doing could be the key to discovering weaknesses in your game that you were unable to see yourself.

One problem that we humans have is that we allow our biases to dictate our thinking. One of the most common examples of this is confirmation bias, when we actively seek out facts that support our way of thinking. To avoid falling victim to this, it is crucial to seek out well-rounded opinions from experts.

A good way to do this is through using review sites. These are prevalent in every industry now, partly because most people know that their own limited knowledge isn’t enough to make a choice about something important. When booking a holiday, it is common practice to use comparison tools for everything from flights to tour operators. Online casino reviews have become big business as well because there are so many sites, bonuses, and games for players to choose from. People know that they need someone in the know to sift through all this for them.

Which Poker Players Have the Best Advice?

You may decide that the best thing for you is to hire someone to cast this objectivity over your playing style, but this isn’t the only option. You could also choose to listen to poker streamers and coaches online, who usually have a lot of useful information.

Someone that many would benefit from listening to is Doug Polk, a player who gained fame not only through his online and live poker successes, but also through his YouTube channel. Polk is known for being one of the top online poker players in the world, and his videos online feature a vast amount of dissection of different elements of the game. If you want to work on a specific part of your game, you should be able to find a video about it in his library.

Negreanu has also become a more prominent streamer in recent times, and his insight is always valuable. The Canadian has video courses on MasterClass too, along with a book about his rise to the top.

There is only so far you can get as a poker player without taking any advice from experts. If you want to take your game to the next level, you need to listen to objective opinions about where your play can be improved.