The History of Popular Gambling Games

The history of the most popular gambling games is a long and fascinating one, a pure blend of legend of myth, reasonable conjectures, and established fact. It easily encompasses civilizations and cultures from all around the world, from medival Italy to Ancient Egypt to the highly modern online casino. 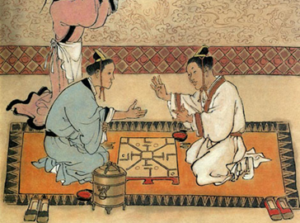 Don’t mistake it for anything else: gambling is not simply a game, as it sometimes can change the course of history. For instance, in the 11th century, a land fight between Sweden and Norway was settled by rolling the dices. On the same note, gambling was established in China to bring money into the country’s coffers (especially the army’s).

Dice were first used by early humans and were made of bones or stones. Dice are the oldest form of gambling. They have been used in ancient Egypt as a form of fortune telling, but bone rolling made the transition to the gambling game it is today.

Cards were another form of gambling in the early times. The oldest playing cards ever found date back to the 11th century and come from China. The type of playing cards we are familiar with today was actually introduced by the French and includes recognizable suits: diamonds, hearts, clubs, spades.

Not all gambling-related games and activities are ancient. The first slot machine ever invented dates back to 1887 by Fey Charles in California, USA, and it changed forever the way people would gamble. The so-called ‘fruit machines’ in the UK are considered the quintessential casino game and now take up more than 80% of the floor space in modern land-based casinos.

Speaking of casino games history, there’s a legend that says Roulette is somehow linked to the Devil because when adding the numbers on the roulette together (from 1 to 36), they total 666, and according to the Bible that is the mark of the beast.

On the same note, Francois Blanc – the so-called Magician of Monte Carlo, is said to have invented the game known as ‘European Roulette’ when he moved to Germany. His version offered much more chances of winning to gamblers.

Francois Blanc went on and transformed the city of Monte Carlo to what it is today – a glamorous destination for avid gamblers. Most people believe that he made a deal with Satan to learn all the secrets of this famous game. Reality or fairy tale? You decide.

If you’d like to play roulette online right now, you can do it at Mr Green casino online.

One of the most popular casino games in the world thanks to events such as the WSOP and the fact that there is no house edge involved. Your skill actually dictates how the game will end. We’re talking about a highly respected game with millions of prizes to be redeemed.

Its history is unbelievable, mostly because in the 19th century in America it was played by thieves and scoundrels. Many cities around the world banned gambling in the early 1800s. That was the point when gamblers took the game to the frontiers and riverboats of the Wild West. Death was involved, too, as many fights started when people were playing poker. A legendary death was that of Wild Bill Hickok, who was shot in the head by a buffalo hunter called McCall. Hickok was supposedly holding two pair with all black eights and aces at the time. That hand is still known today as the ‘Dead Man’s Hand’.

Baccarat is the gambling game synonymous with exclusivity, intrigue and prestige, having been made famous by James Bond, making it a game of choice among casinos’ elite clientele.

The very early origins of Baccarat are not sophisticated at all. It was actually associated with death and life. For instance, the ancient Etruscans in 1000 BC decided the fate of young priestesses using this game. Young virgins had to roll a 9 or 8 to be worthy of the position of priestess. Rolling a 7 or 6 meant that the young virgin was not favored by the gods and she was forced to become a societal outcast. Rolling a 5 meant walking out to the sea and drowning. It meant death.