Hey Ladies: A Platinum Pass Would Look Great On You!

As much as a constant theme in poker over the last many years has been trying to grow our overall player pool, a just-as-important secondary theme has been working to bring more women into the game. Here at Cardplayer Lifestyle, we’ve long advocated for women to have a greater presence in poker. Just recently, in fact, we published what we believe is the first ever year-long comprehensive listing of ALL Ladies Events for 2020.

It’s genuinely heart-warming to see numerous companies in the industry pushing for increased female involvement in poker. One such company that’s taken a leading role in such initiatives has been PokerStars, and their latest efforts are nothing short of exceptional.

We’ve already seen them announce that they’ll be hosting a special Women’s Sunday online poker tournament that’s set to award a Platinum Pass to the winner, as part of their marking International Women’s Day on Sunday, March 8. As per the details of that promotion, they’ve reduced the tournament’s standard buy-in to a very affordable $22, giving pretty much any poker player the chance to win a dream trip to Barcelona to participate in the PSPC from August 20-24. 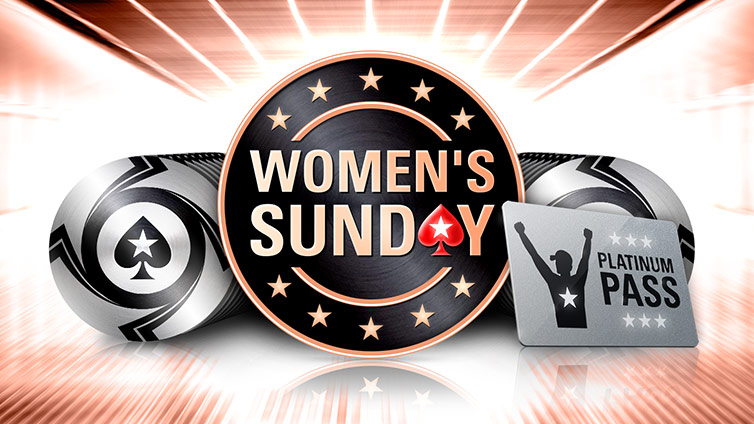 You Know That Special Woman in Your (Poker) Life? She Deserves Platinum

Hot on the heels of that announcement comes some additional breaking news: they’ll be awarding a second Platinum Pass to one special woman who either “has made an impact on poker” or “is an inspirational woman in poker.” Just as with some passes that got awarded last year, PokerStars has put the power in the hands of the people. In other words, we get to nominate a woman of our choosing.

The official nomination rules state as follows: “Tell us, in 50 words or less, why your nominee deserves the Platinum Pass. Entries can be made using the hashtag #PSPCWomen on Twitter or by emailing [email protected]. Nominations can be made from now until March 20.”

A panel of external and internal judges will be appointed to select six nominees who will receive an all-expenses-paid trip to a future PokerStars LIVE event to play in a live Sit & Go, and the winner will be awarded the Platinum Pass.

What I love most about this promotion is that it by definition will generate wave after wave of positive vibes. There’s nothing like seeing Poker Twitter awash with people praising one another. One individual after the next giving their two cents (or 50 words) about why this lady is awesome, or why that lady is deserving.

Without even knowing who any of the nominees will be, how fantastic is it to imagine that scene, as half a dozen inspiring, impactful women will be given the opportunity to gather together and duke it out at the felt for a shot at even greater poker glory.

A Who’s Who of Women in Poker

To be sure, there’s no shortage of notable women in poker. My guess is that anyone reading this article already has in mind at least a handful of potential ladies to nominate, with the challenge being to just select one. From Women in Poker Hall of Famers, to longtime poker ambassadors, to veteran industry personalities, to star performers at the tables, there’s a litany of well-known names that I’m sure we’ll see nominated.

I’d love to also see some newer, lesser-known names be put forth as well. For every superstar woman in poker getting on-camera or high-profile media and social recognition, there are surely a number of great women working behind the scenes and/or on more local levels to promote the game we all love. If the poker-loving masses haven’t yet heard of these women it’s likely because they’re just too humble and eschew recognition. Now’s your chance to recognize them for their great and inspiring work.

Who knows? Perhaps that previously “unknown” woman you nominate gets selected by the panel of judges, wins the Sit N’ Go for the Platinum Pass, and then blazes through the massive field in Barcelona to become the PSPC Champion this summer?

Wouldn’t that be lovely?