Any fan of Daniel Negreanu knows that aside from being a poker superstar, he’s also the poker world’s #1 hockey fan. Throughout his poker career, the Canadian-born Negreanu has often been seen donning an NHL jersey (he has over 50 of them!) at the felt, as passionate hockey fans are known to do. Though Negreanu bleeds Toronto Maple Leafs blue, he will soon have a rooting interest in a new NHL team, as he is part of a group of investors set to bring professional hockey to Las Vegas. 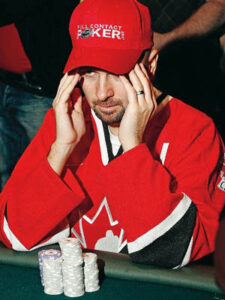 If you’ve been monitoring Daniel’s Twitter feed over the last while, you know he’s been totally jazzed about his involvement in the new hockey venture.

Very excited about tonight, meeting with the new ownership group looking to bring an NHL team to Las Vegas. This is happening friends!

Moreover, Daniel recently wrote up a lengthy hockey-focused blog post on his site, Full Contact Poker, where he listed many excellent reasons why a new NHL team would work for Las Vegas. Importantly, he pointed out that, aside from the city’s 2.2 million residents, attendance at NHL games in Las Vegas would be boosted by the millions of tourists always passing through the city, in fact giving them another attraction to take in while on vacation in southern Nevada.

Daniel has crossed the barrier from poker media appearances to mainstream sports (hockey) appearances before.

Is this good for poker?

Just over a year ago, I penned an op-ed contending that When Daniel Negreanu Wins, It’s Good for Poker. The thing is that this maxim proves true regardless of what Daniel Negreanu is winning at. When you have poker’s #1 ambassador “winning at life” and doing great things, his success is by definition good for the game of poker as well.

Though Negreanu won’t be one of the majority investors in the new Las Vegas NHL team, his participation, enthusiasm, and activism is a big asset for the team and its potential fan base:

Negreanu practically fits the bill as the new team’s mascot.

The perfect name for the new Las Vegas NHL team

Though we’re still anticipating official word from the NHL that all systems are go for the launch of a new Las Vegas-based team, by all appearances it seems to be a lock.

The next question, of course, would be what to name the team.

If Dallas already has the Stars, there’s no reason why Las Vegas can’t have the Spades. 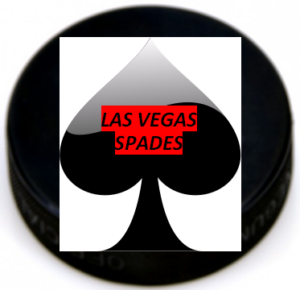 In his blog post, Daniel also mentioned the likelihood that Vegas casinos would purchase some luxury boxes for high roller clients. With a team name like the Spades, I’m positive that the folks over at PokerStars would find a way to be involved as well.

Great interview. DN is always on top with this stuff.