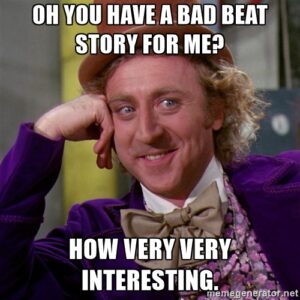 At the beginning of 2017, I set myself six poker goals I wanted to achieve. Goal #5 was to run six $100 giveaway contests for our fans here at Cardplayer Lifestyle. This will serve as the “hub page” for contest #1: Tell Us Your Bad Bead Story.

As the old saying goes, “nobody wants to hear your bad beat story.” Well, we’re out to flip that idea on its head AND give the best bad beat story a silver lining.

We DO want to hear your bad beat stories, and we’ll even reward the best one with a $100 cash prize. As an extra added bonus, YOU get to help us pick the winners.

The deadline for submitting videos was Jan. 31st, 2017, and the official Cardplayer Lifestyle committee (of one) narrowed the contest down to four finalists, whose videos are embedded below.

CONGRATULATIONS TO SHIMI “THE FISH” WEISS ON HIS “WINNING” BAD BEAT!

I’ve seen a lot of #badbeats in my day… It must be so hard on all of you. #poker #pokerblogcontest @cardplayerlife pic.twitter.com/Y74ZNXlp43

VOTE NOW, IN OUR TWITTER POLL, TO DETERMINE THE $100 CONTEST WINNER!

Below, you can find the contest rules.

Nobody wants to hear your bad beat story?
WE DO!
$100 contest for the best video.
Details here: https://t.co/nPPOcONJ2c #pokerblogcontest pic.twitter.com/HKSR34TDaA

Want a better chance of getting shortlisted? You’ll get “extra points” for:

* Entries must be received by Tuesday, January 31st, 11:59pm Eastern Time. One entry per person. You must be at least 18 years old to enter.

Stage 2: Are You a Finalist? 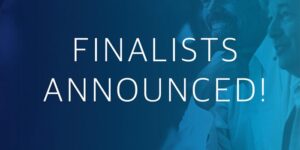 The official Cardplayer Lifestyle committee (of one) will select from among the bad beat story videos submitted to create a shortlist of finalists (maximum of 4).

This page will then be updated to include the videos of all the finalists, as well as the official poll (will be conducted via Twitter).

* All finalists will be notified by email on February 1st. 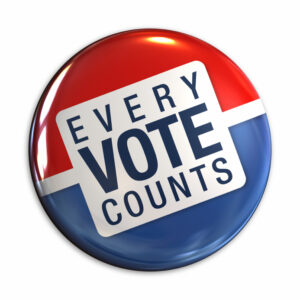 Congratulations, you’ve made the short list! Now it’s time to see if your bad beat story is really the best one out there.

Be sure to share this page and encourage your friends to vote for your video!

Once voting has closed, the winner will be notified by email. Prize payment will be made via PayPal.

Thanks so much to takebonus.com for sponsoring this contest.