Can Poker Players Learn Anything from Playing Baccarat? 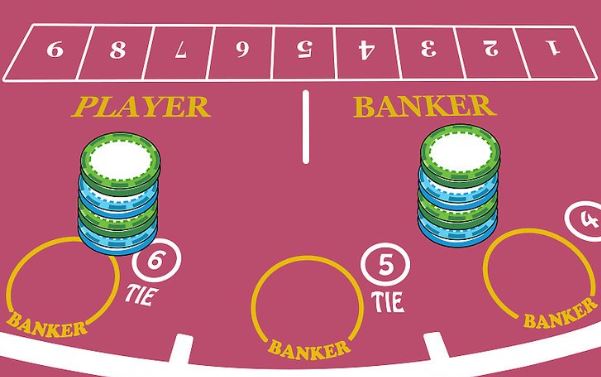 While most poker players live and breathe the game of bluffing and deception, it’s also enjoyable to play other games from time to time. Indeed, there are numerous card games that can be played as a way to get some respite from poker and improve overall poker skills at the same time. Baccarat is a great option for poker players looking for a card game to partake in. Phil Ivey, one of the greatest poker players of all time, has been known to play the casino classic, as have numerous other players.

One of the most important skills for modern poker players is to have exceptional mathematical ability. Online play, in particular, is much more focused on odds and probability than on getting reads on opponents by spotting their psychological tells. A great way to enhance and refine these attributes is to play other games that require the same level of mental thought. Baccarat is one such game.

When playing the game, which originated from the French nobility in the 19th Century, players need to keep track of cards from either 6 or 8 decks that are shuffled together and dealt from a shoe. Cards are dealt to the player and the banker, and if either player’s hand equals eight or nine the coup is finished and the winner is announced. The basic rules of how to play baccarat are simple, and most players with a history of playing card games would find it fairly easy to jump into a few hands. Seasoned players usually bet on the banker because of the lower house edge of 1.06 percent, but they are also looking to follow streaks. If the banker loses, some players recommend instantly jumping on player bets to try and pick up a new streak.

It Prepares You for Coin Flip Situations

No matter how much you study baccarat and incorporate systems into the way you play, the game is pretty much all to do with chance. Professional poker player, who make their living from doing their best to reduce variance and the element of luck, are often against games like this and have chosen to play poker because of the skill that is required. But playing the odd game of luck can prepare players mentally for situations at the poker table that come down to the luck of the cards the dealer peels from the top of the deck. In tournament play, there are a lot of “coin flip” situations when players go all-in with sub-optimal hands and then get called. These are high-pressure occasions and can lead some players to feel overwhelmed.

Players can get used to dealing with the exhilarating rush of betting on something that will come down to chance by playing baccarat. Doing this frequently can help you develop the skill to keep your emotions in check when there is a chance you could lose your money. This way, when it comes down to putting in those big bluffs in a live tournament, you can appear calm to those around you at the table.

Obviously, it is a bad idea to put all your chips in the middle on a stone-cold bluff, but you may want to try and push people off pots when you have a flush or a straight draw. If someone does call, though, this is when a game of poker turns into a game of chance and is decided on a coin flip.

By playing baccarat, you would be following in the footsteps of a number of poker players who have decided to play other games as a way to sharpen their overall card skills. For instance, Canadian poker expert Daniel Negreanu enjoys chess and likes to play Hearthstone when he isn’t pulling off incredible reads at the Texas Hold’em table.

The Blizzard Entertainment title has a lot of similarities to poker in that players need to use strategy and deception in order to prevail. It also has to do with working out which moves will provide the most value, which is reminiscent of how poker players need to carefully assess how much to bet in poker. Bertrand Grospellier is also known for being a Hearthstone buff, and the poker pro known as ElkY has battled Negreanu live in the past.

Baccarat is one of the most exciting and enduring casino games of all time and has been hugely popular for over one hundred years. Poker players would be wise to get into it, as it can help refine the overall skillset required to succeed at the Texas Hold’em table.