A Beginner’s Guide to Winning in Poker Games

Even the best raw poker talents need to work hard to refine their games and eventually become successful players. If you’re a beginner, there are lots of things you need to do to ensure that you can become a winning player. Many of the world’s top players started from scratch and clawed their way to the top of the poker world via intense study and countless hours of poker experience, both live and online.

Even in the past, before the poker boom, geniuses like the late Stu Ungar had to climb the ladder to achieve poker success. Blessed with innate mathematical ability and analytical skills, Ungar’s path towards winning at poker was easier than most. But you too could become a winning poker player if you start out on the right path by following these rules:

Stick to the Easiest Game (Texas Hold’em) and Strong Hands

If you’re just starting out in poker, it’s wisest to try and play things safe right from the get go. Just as new drivers who get their licenses don’t go out and become movie stunt car drivers, so too you should stick to Texas Hold’em and not delve into the more complicated poker disciplines, like Razz and Badugi. There are millions of poker players out there who are more experienced than you. Your best bet is to play for low stakes and try to accumulate as much experience as possible “on the cheap”. Later on, you can branch out to other games once you’ve become more comfortable. Moreover, it’s probably wise to stick to only playing the top poker hands; i.e., pairs and AK-A10 in Hold’em.

Know When to Fold ‘em

Second, you should know when to fold. Though it’s tempting to try and be involved in every poker hand, it’s a recipe for depleting your bankroll. It’s impossible to win every hand. As a matter of fact, you’ll probably only win a small percentage of hands. The key to being a winning poker player is being able to maximize the amount of money you win while minimizing the amount of money you lose in the hands you do choose to play. Generally speaking though, you ought to be doing lots of folding at the poker table. 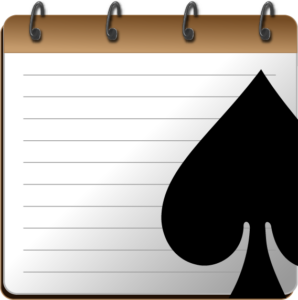 Take Poker Notes on Your Opponents

Third, you should be observing your opponents and taking poker notes on them. There’s plenty to learn from your opponents even when you’re not in a hand. Since you’ve already learned (above) that you should be folding most of the time, you should be utilizing that “dead time” to analyzing the movements, expressions, and betting patterns of the other players at your table. Anything you’re able to pick up will surely be useful to you, and possible end up either saving or making you money in the future.

Know When Bluffing is Appropriate

Fourth, learn when it’s best to bluff and best not to bluff. Generally speaking, you don’t want to bluff too often and you don’t want to be known as someone who never, ever bluffs. The longer you sit at the table with the same opponents, the better a sense you’ll be able to get of how they play, and when it might be best to try a bluff. For that reason, I recommend starting out in home games with your friends, who you’ll be able to play poker with time and time again. As you refine your skills, you’ll be able to make your observations that much more quickly against new players you face, for instance in your local poker room. And the quicker you figure out each new opponent, the quicker you’ll be able to tell when they can be bluffed off a hand. 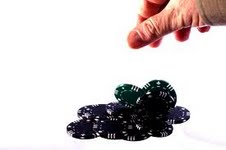 Don’t Play For Higher Stakes Than You’re Bankrolled For

Lastly, especially as a beginner, but even once you’ve garnered more poker experience under your belt, you should always remember not to play for stakes that you cannot afford. Becoming a winning poker player is a long, slow grind, which takes time – there’s no easy way around it. If you’re hoping to become a winning poker player, remember that it’s not going to happen overnight. You can indeed eventually become wealthy via lots and lots of practice. Just be sure not to stray too far from staked you’re bankrolled for.

Want to improve your poker strategy even more? Check out some of the Best Poker Training Sites.

What other rules would you recommend that beginning poker players follow on their road to becoming winners? Let us know in the comments section below or on our Facebook page.

I am so impressed. Robbie, you are fantastic. Keep up the great work.
In the “old days,” the best game to learn how best to play poker was low-limit 7-card stud. You get to see more of your opponents open cards — more info leads to better opportunity to learn how to make wise decisions. (I used to win 75-80% of my sessions). But, Texas hold’em is, by far, the most popular game today. (Don’t see stud games any more.).
As you point out, starting-hand selection is critical; that’s Step 1 of the Two-Step concept. Step 2 requires that your hand improves on the flop; if not, be prepared to fold (as a general rule — there are always exceptions).
If you play small pairs pre-flop, you are likely to be a loser. (The Hold’em Algorithm Hold’em Caveat make it easy to decide.) The odds are about 8-to-1 against making a set. But you only have 2 outs. So there has to be enough opponents staying to see the flop, to make the expected pot odds worth the investment.
As you take notes on your opponents, always look for tells. It is amazing how much valuable info you can get — especially on the opponents to your left. Also, in that regard, don’t let the dealer or another player force you to act too quickly; just don’t slow down the game too much.
Another important aspect has to do with the game texture, and your position relative to aggressive opponents.
Well written. . .
Best Wishes,
george epstein
P.S. Regarding special hands: Have you ever seen a player catch quad Jacks on the turn, only to lose to a straight flush on the river? What a BAD BEAT it was. It happened to me a few weeks ago. Egad! And the Bad Beat Jackpot did not apply because my opponent did not use one of his hole cards. Egad!

Thanks so much for your comment, George, and for your kind words as always – you sure know how to make a guy smile. Getting a compliment from a well-respected poker author like you makes my heart swoon; please know that it’s really appreciated.

Regarding that bad beat – YIKES! That’s crazy… Situations like that are all too rare, but at least they’re usually “compensated” by some sort of a bad beat jackpot… so sorry to hear that your hand didn’t qualify for it – that’s a shame. Next time, perhaps…