7 Celebrities Who Should NOT Receive an Online Poker Sponsorship

New Jersey will be incorporating new rules for online gambling operators in 2016. One of those new rules will allow online poker operators to pay celebrity endorsers to play online poker.

U.S.-regulated online poker has few ambassadors at present. Greg Merson, the 2012 WSOP Main Event Champion, is probably the most well-known. As of next year, however, we’re likely to probably see some new celebrity ambassadors start representing online poker sites, perhaps even in Pennsylvania.

With that said, a few celebrities out there are most definitely not a good fit for online poker. Our list below looks at seven celebrities who should not receive online poker sponsorships.

Some days it seems that Donald Trump wakes up wondering, “Who can we offend today?” The unlikely frontrunner for the Republican Party nomination for the 2016 elections would be among the worst candidates for an online poker sponsorship. If he hasn’t already offended one segment of your player base, just give him time and he will surely get around to doing so. 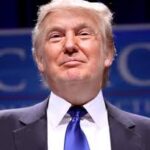 A couple of  years ago, Tom Brady would have probably been the perfect celebrity candidate for an online poker sponsorship. But after last year, his value is greatly deflated. Whether you like him or not, a person tied to a cheating scandal is not a proper spokesman for your site. He might be the “Ultimate Bet” in football or a “Lock” to win the Super Bowl, but cheating and poker don’t mix. 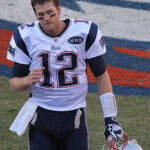 Charlie Sheen may have been a perfect candidate to be a sponsored player on the (unregulated) “Winning” Poker Network except for the fact that his career has been experiencing a catastrophic downward spiral. Yes, he is the star of Anger Management, but that’s about the only positive thing we can say about the former Two and a Half Men star in recent years. 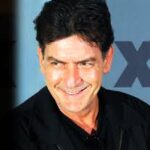 Martha Stewart has built an empire helping people improve their homes, but would she have what it takes to be an online poker ambassador? Some would say no because of her involvement with insider trading of ImClone Software Systems stock in 2001.

While her past conviction may disqualify her from being an ambassador, imagine the ads if she signed with an online poker company…

Hogan is a Real American – that is if that American was born before the Civil War. In the past, Hogan was a hero to millions of little kids and that popularity could have been capitalized upon by a creative online poker site.

Hogan was released from his WWE contract last year after making racist statements about his daughter’s boyfriend. Now, it seems that the only former wrestler who is hated more is Shawn Michaels when he visits Canada. Hogan might be racist, but at least he didn’t screw Bret. Either way, he isn’t right to rep an online poker site. 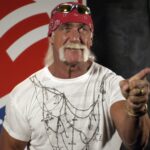 The man who is single handedly attempting to shut down online gambling in the United States is the last person who ought to receive an online poker sponsorship. Could you imagine the tagline for such a site?

Play with Sheldon Adelson at ScrewYouPoker.com now before he shuts us down! 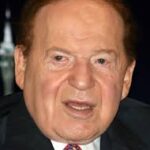 Glenn Beck would certainly stir up conversation as an online poker ambassador, but the backlash from his detractors may be more than a site would want to tolerate. The conservative political talk show host is demonized by the liberal media and liberals in the United States. Tom Leykis would classify him as a “Right Wing Wacko.”

While it is unlikely that Beck would support online poker on a moral level, he might do so to support state’s rights. Of course, his opponents would call his politics into question as well as his religious convictions. They’d then find a way to blame online gambling for the woes of the country – or they could just blame George W. Bush; after all, Democrats love blaming “Dubya” for the state of the country. 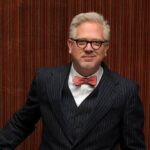 Should any other celebrity have made our list? Do you feel as though any of the people listed above IS, in fact, deserving of an online poker sponsorship? Let us know your thoughts in the comments below or on the Cardplayer Lifestyle Facebook page.

Trump and Glenn have a huge following and are among the most loved and popular people in the US. Sticking political figures into a “should you sponsor them” list is just dumb.

OhwowOhwow: “Trump and Glenn have a huge following and are among the most loved and popular people in the US.” — Lol. No sane person is buying your bluff.