We certainly miss the glory days of online poker here in the United States. Things are looking up though, as in 2018 we saw a number of developments that give American players hope that another golden era for the online game is in our future.

Let’s take a look at five reasons to be optimistic about the future of online poker in the United States:

American players were left with zero options for legal, regulated online poker for a couple of years after the Department of Justice forced the shutdown of the major sites on April 15, 2011, otherwise known as Black Friday.

Nevada, New Jersey, and Delaware all eventually legalized online poker, with the first legal poker site, Ultimate Poker, launching in Nevada in 2013. That site didn’t last, but other regulated sites like WSOP Nevada, WSOP New Jersey, and 888poker New Jersey have stood the test of time, as well as 888’s network sites in Delaware.

The $200,000 guaranteed Coast to Coast Classic III Main Event starts now for $525. It’s your last day to win a share over over $1.5 million guaranteed with the series. NV: https://t.co/cHmB5IWXjh  NJ: https://t.co/MohMAdxDij pic.twitter.com/4kgPIR4jOH

May 1, 2018 marked a major step forward for the online game in the U.S.A., as the player pools from all of these jurisdictions were merged. This meant more cash game tables, bigger tournament fields and guarantees, and opportunities to play for a bracelet in online events without even stepping foot into Nevada during the WSOP (more on that later).

As more states come on board, that player pool will grow even larger, which brings us to our next item:

The Pennsylvania Gaming Control Board began accepting applications for online casino licenses in April, and as of November at least nine casinos have been approved to offer online gaming within the state. 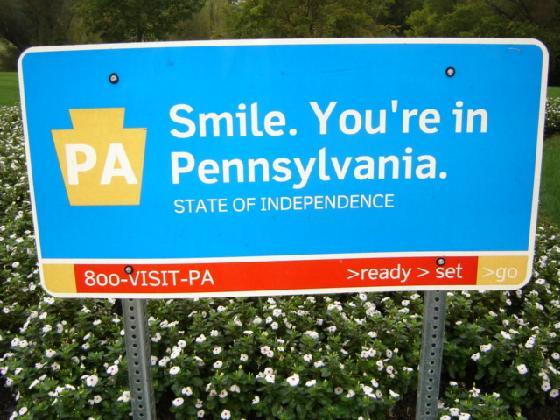 That merger would add Pennsylvania’s population of around 13 million, meaning a four-state network with around 26 million people total. The addition of Pennsylvania effectively doubles the player pool. When the results of this start to show, perhaps some other states will start to become interested in making the merged online player base even larger.

PokerStars returned to the U.S. in 2016 with PokerStars NJ and gives New Jersey players another option (albeit with its own player pool, separate from the WSOP/888poker merged network).

The largest online poker operator in the world is also one of the most prolific operators of live events around the globe, but we haven’t seen any live poker tours with the PokerStars name attached since the North American Poker Tour ceased operations right around Black Friday.

That changed in 2018, with the highly successful Moneymaker PSPC Tour running throughout late summer and autumn, hitting some of the country’s best poker rooms. The tour’s events featured an $86 buy-in tournament, with the first prize of a $30,000 PSPC package.

The Bronx baby! Meet Ronald Mici, he’s a champ. For $86 he entered the @FoxwoodsPoker leg of the #MoneymakerTour, he took it down winning a $30K #PlatinumPass and he’s heading to The Bahamas for the #PSPC.
Watch the full episode at: https://t.co/FWwcbu3wVP pic.twitter.com/rKv7X1wYkN

The tour offered the opportunity to meet and play with Chris Moneymaker at every stop, and also got American players thinking about the PokerStars brand again. PokerStars could possibly build its own merged player network in the U.S.A. as the industry continues to rebuild here in the states.

Mendez took home $135,077 for the win and also pulled off the feat of becoming the first player to ever win a WSOP bracelet while playing outside the state of Nevada. Mendez booked the six-figure score while playing from home in the Garden State, showing the NJ/Delaware player pool that huge scores, and WSOP glory, are possible.

PocketFiver Matthew ‘MattEMenz’ Mendez made history this morning as the first player to win a WSOP bracelet online in a state other than Nevada. Mendez won the $565 PLO event playing from his home in Sicklerville, New Jersey.

The other three bracelet events included $365, $1,000, and $3,200 buy-in no-limit hold’em events, and each provided a six-figure score to the winner. As the player pool grows, the prize pools will only get bigger, and this extension of the WSOP  brand will be plenty helpful with the growth of online poker stateside.

May 14, 2018 was a landmark day for the United States in the realm of legalized sports betting. The U.S. Supreme Court voted to overturn the Professional and Amateur Sports Betting Protection Act (PASPA), which had banned sports betting in 46 states since 1992.

This ruling re: USA betting laws has started the first wave of states now offering legalized sports betting, including Delaware, New Jersey, Mississippi, West Virginia, and New Mexico. These states join Nevada as territories where you can legally bet on sports, with Pennsylvania and Rhode Island set to join the list in 2019.

Notice that the aforementioned “online poker states” of New Jersey, Delaware, and Pennsylvania are on the list. Does this trend indicate that some of the other states slated to offer sports betting will join the fray and offer online poker as well?

This is a dream scenario for American players and a topic that a previous Ask the Poker Experts column tackled here on Cardplayer Lifestyle in the wake of the Supreme Court ruling. It gives us hope that better days are still on the horizon for online poker in the states. We can only dream of how big the merged player pool could grow, but for now it’s encouraging to see some of the steps already in place.