The World Series of Poker is on the horizon and fans, bloggers and media all across the poker world are giddy with excitement.

Hand-in-hand with that excitement is lots of chatter with regards to which players are going to do well this year. To point, players often like to literally back themselves to do well, which gives them a chance of winning even more money and, more often than not, even more motivation to grind the full series for their best chances of winning. One player in particular has the chance to win $2 million in prop bets alone! 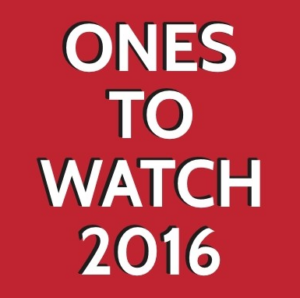 Not one to miss an opportunity to get in on the action, I thought I would use this first article of mine here at Cardplayer Lifestyle to weigh in with my ‘Ones to Watch’ at the 2016 WSOP. Some of the names you will probably expect to see, but others perhaps not so much. This is just my list of five players to be on the lookout for this summer. Without further ado…

Dzmitry Urbanovich turns 21 just before the WSOP is set to begin, and he is certainly on everyone’s radar. The Polish pro has $4,873,174 in live earnings already! Earlier this year, he took down his most prestigious title to date, winning the EPT Dublin Main Event for €561,900. He also went on a tear at EPT Malta last year, with six final tables, including 1st place in €25k High Roller for €572,300 and 1st place finish in the €5k Rebuy for €110,000 and another 1st place finish in the €1k Deep Stack Big Antes tournament for €35,200, giving him an amazing four wins at the festival.

The very next stop on the EPT was the Grand Final at Monaco and Dzmitry carried on exactly where he left off. He raked in the biggest score of his career thus far coming second in the €100k Super High Roller for €1,446,600. Urbanovich was defeated heads up by poker legend Erik Seidel. As expected, the final table was stacked, but Dzmitry looked at ease playing some great poker and getting the better of fellow high-stakes pro Igor Kurganov on a number of occasions.

The reason the Polish phenom is my number one player to watch this summer is that he is such a well-rounded player. He is a multiple-time COOP winner online in non-hold’em games, shipping the $2,100 2-7 Triple Draw Lowball and $2,100 8-game events under his online alias “colisea”. He has also chopped the Sunday 500 last year, right around the time of his Malta heater.

The kid is not short on confidence either; he and Vanessa Selbst drunkenly made a side bet one night. The former has offered Urbanovich 200/1 on him winning three bracelets this summer. The Polish pro woke up the next morning and was very happy he decided to bet $10k on himself.

So, to recap: the guy is just about to turn 21, he has won an EPT, multiple COOPs, had major scores in numerous high rollers, and has the extra motivation of a potential $2,000,000 in side bet winnings if he manages the unlikely task of shipping three bracelets this summer. I personally don’t think he will win this bet, but I do fully expect numerous deep runs this summer and think he has a great shot to win a bracelet.

Antonio Esfandiari is a household poker name, but perhaps a surprise to make this list. Why? Well, for one, he is mainly a Hold’em player. That’s not to say he can’t play the other games or even play them well, but one look at his Hendon Mob page will confirm he specializes in Hold’em. The former magician is currently second on the all-time money list, only recently toppled off first place by Daniel Negreanu. Funnily enough it was the same event that propelled them both to the number one spot.

READ: What It’s Like to Meet Antonio Esfandiari in Person

In the summer of 2012, Esfandiari joined 47 of his peers in posting a buy-in of $1,000,000 in the Big One for One Drop event at the WSOP. The epic tournament gathered together the best players in the game and a few of the wealthiest businessmen from across the globe. When it was all over, the Magician emerged as the champion, winning a colossal $18,346,673, and propelled himself to the number one spot on the all-time money list.

Since his big win, he has had numerous other scores, including one at the PCA Super High Roller, and grabbed a third career bracelet at the WSOPE and even a WSOP Circuit ring.

I think the fact Antonio is even playing a $1,500 WSOP Circuit event is newsworthy. While $1,500 is a lot of money to us normal folk, it’s peanuts to somebody who has won over $25 million spanning his poker career. This shows that he is still hungry and can still hang with the best in today’s games. Out of all of the so-called “old school” players, Esfandiari, despite being a Hold’em specialist, is my pick to have the most successful 2016 WSOP.

Jason Mercier is my next pick. The Floridian pro sits 11th on the all-time money list with over $16 million in live earnings, around $1.5 million of that from the three WSOP bracelets he already has to his name. 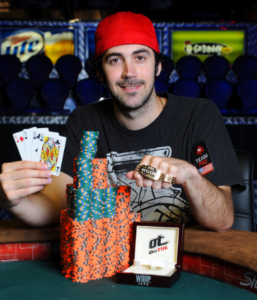 He memorably burst onto the live poker scene winning the 2008 EPT San Remo Main Event, which was good for €869,000. Well before that, he was already excelling online under the alias TreysFull21. Of course, after signing on as a PokerStars sponsored pro, he now plays under his own name – Jason Mercier.

Despite all of his live poker success, Jason has  continued to keep his online poker game sharp. In 2015 he was named SCOOP player of the series, mainly due to winning three titles in just one week, each one in a different discipline, which is testament to Jason’s well-rounded poker game.

He now plays some of the highest stakes mixed games around and, while he may not be feared at those tables (see tweet below), I’m pretty confident he can more than hold his own.

These guys are too nice! Wonder if they think I’m good #ForTheGame pic.twitter.com/S30vaVQ1lX

It should come as no surprise that Jason finds his way onto this list. He is a proven winner in every format of the game, live and online. This gives him a perfect blend of ‘feel’ and ‘math’ play as well as an abundance of confidence in himself.

His past successes mean he has amassed a huge bankroll, so I fully expect to see Jason in all the $10k Championship events. While these are full of the best players in the world, they have smaller field sizes, which bring down the variance somewhat (as opposed to playing the several-thousand-runner no-limit Hold’em events).

I, for one, will not be surprised to see Jason win his 4th bracelet this summer.

Ludovic Geilich is an EPT regular hailing from the UK. He has had a bunch of success over the years and is very well-liked by the TV production teams due to his crazy, hyperaggressive style. His breakout year in poker was back in 2013, when he travelled to Spain to participate in the Estrelles Poker tour. Ludo – as he is known – topped a field of 763 runners to win its €1k buy-in Main Event and he received €130,000 for his efforts. He quickly followed this up in the £5k Main at EPT London, finishing 4th for £193,400. Between then and now he has had over a dozen five-figure plus scores, the best of which coming very recently in Las Vegas, where he is honing his skills for the WSOP. Back in March, he sat down with 498 other hopefuls at the Wynn Poker Classic Championships in Vegas. When all was said and done, Ludo walked away victorious with a nice payday to the tune of $150k. Later that month, he was at a final table again, this time in Los Angeles at the WSOP Circuit event, which fellow ‘One to Watch’ Antonio Esfandiari took down. 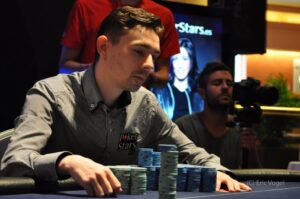 Fedor Holz was probably fairly unknown to casual poker fans before he played in his first World Series last year. That said, he was most of the poker media’s hot pick to set the World Series alight, and he almost succeeded with a very deep run in the Main Event, eventually finishing in in 25th place for $262,574. He also came mightily close to winning his first bracelet in the $10k 6-max event, finishing third (for over $250k) in what is widely regarded as one of the toughest fields of the year. Also, just last month the 2015 GPI European Player of the Year padded his bankroll with another couple of six-figure scores at EPT Malta. 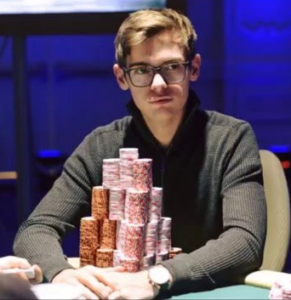 Before all of his live poker success, Fedor was – and perhaps still is – better known by his online screen name CrownUpGuy. Under this alias, he has been destroying the major online tournaments for years now, with multiple wins in the majors and multiple trips to the number 1 spot in the online poker rankings. His banner year came in 2014, when he fended off the likes of Viktor Blom, Faraz Jaka, and Yuri Martins on his way to online poker’s most prestigious title, the WCOOP Championship, and the $1,300,000 that came with it.

After coming so close to tasting WSOP success last year, I predict another big World Series for the young German.

What Do You Think?

Lists like mine de facto always leave out a lot of deserving players, but the five I’ve mentioned are the most likely to see success at the 2016 WSOP in my opinion. I’d love to hear what you think and for you to give me some of your picks, so please do comment with who you think has a great chance at winning a bracelet this summer.

Sam is a freelance sports writer from the North East of England and Co-Host of weekly sports podcast, the IAWSportsCast. He is a lover of all sports and regularly tries and fails to beat the bookies. Follow Sam on Twitter @shan5742.