Home POKER 3 Popular Types of Poker You Must Learn
POKER

3 Popular Types of Poker You Must Learn

Poker is a versatile game with many different variations. It’s always fun to spice things up a bit and expand one’s gaming repertoire. Here are three of the most popular ways to play poker.

Poker is by far the most popular game in the US both in the land-based casinos, at online casinos, and in many private homes. Particularly the number of people playing poker online seems to continue to increase. If you’re one of them and someone who loves to gamble and bet online, you will probably also love these variations of poker. It’s a way to change the game up a bit and play the well-known game in new ways. There’s also a difference in the levels of knowledge and strategy required. 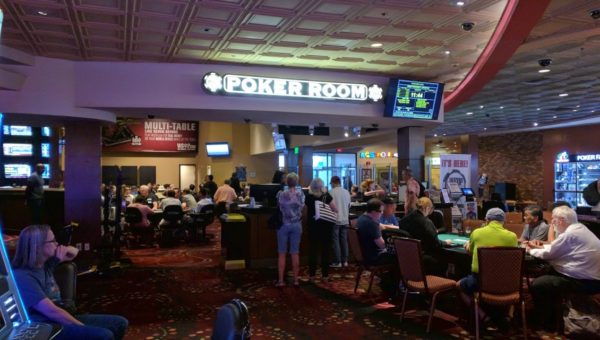 Of course, we need to begin with the most widespread poker variation. The most popular and well-known variant of poker is without a doubt Texas Hold ’Em. So, if you want to play poker this is first and foremost the variation you should learn. It is probably the most popular card game in the US after solitaire. Players must make the best hand possible from a combination of five cards. This hand can be a mixed hole card and community as one chooses. Betting takes place in four rounds where one community card is revealed per round. If you play in one of the big tournaments, it will for the most part be Texas Hold ’Em.

In the same “flop game” family as Texas Hold ‘Em is Omaha, a different variant in which you get four hole cards instead of two. You must use a combination of two of your hole cards along with three of the five community cards. Omaha is growing in popularity, but it’s by far still runner-up to hold’em as far as how widespread it is in poker rooms across the world.

Seven-card stud used to be the most popular form of poker about 20 years ago. In this game there are no community cards. Instead you get dealt two cards face-down and one facing up to start play. The fourth, fifth, and sixth cards are also dealt face-up while the seventh card is dealt face-down. The winner is the player with the best 5-card hand. In general, many consider Seven-Card stud to be a bit more strategically challenging as a poker variant, as it requires you to have good “card memory”; i.e., remembering which face-up cards have been folded such that you know your odds and your opponents’ odds of hitting the cards you need to make a good hand.

For the most part, 5-card draw is more luck-based than skill-based. If you’re playing with beginners or are one yourself this is a good variation to choose. There’s a little bit of room to make some strategic moves, too. From the beginning, every player is dealt five cards, and there’s then a betting round. After the first round, you can exchange up to three cards (four, if you have an ace) and bet again. This is it, and so the player with the best hands wins the game.

There is always something new happening in the poker world, new variations becoming popular and new tournaments to enter. Follow the latest news on poker to stay updated.